San Francisco, CA – The Monk’s Kettle is pleased to announce its next dinner will be a collaboration with two local brewers making very unique and high quality beers, Linden Street Brewery and Dying Vines Brewing.  This dinner will serve as something of a coming out party for two brilliant breweries from across the Bay. 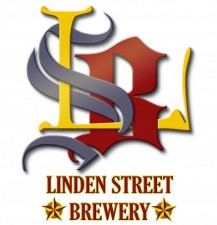 The past couple of years have seen a significant amount of press about the culinary and artistic renaissance taking place in Downtown and West Oakland.  Several newly opened restaurants, bars and theaters have joined a thriving collective of art galleries and artisans to rejuvenate the area stretching from Grand Ave to the Port of Oakland.  This revival has seen the birth of two extraordinary craft beer outfits, Linden St. Brewery, which opened its doors in 2009 and Dying Vines Brewing, which is just now releasing its first commercial batches.

Despite their infancy, both Linden and Dying Vines are producing some of the best local beer that the Bay has tasted in years.

Brewmasters Adam Lamoreaux of Linden and Kellen Acala of Dying Vines (who, despite essentially running one-man operations, will be on hand to discuss their work) are wise enough to produce beers that are wholly original and unlike anything already being produced by the established local craft breweries.

Linden’s two flagship beers, “Urban Peoples Common Lager” and “Burning Oak Black Lager” are both “California Common Lagers,” aka “steam” beers.  This is the style popularized by Anchor Brewing’s flagship beer as well as reference to the sort of beers that would have been brewed throughout this area prior to Prohibition.

Dying Vines has opened with a line of three session beers, “Dee’s Mild” a Southern English mild, “Ol’ Brick Bitter” a dead-on proper Brit-style bitter and a playful take on a low ABV IPA called “Hop Candy.”  Each of these brews is remarkably flavorful and complex given their remarkably low gravity.

About the Monk’s Kettle

The Monk’s Kettle is a first-rate neighborhood craft beer and wine tavern, focusing on craft beer and upscale American cuisine.  With a comprehensive list of about 200 rotating beers (24 drafts and around 180 in the bottle, including about 15 vintage selections from the cellar), the Monk’s Kettle seeks to properly serve a wide range of beer styles while specializing in Californian and Belgian brews.  Executive Chef Adam Dulye, whose beer pairings will be featured in June at Savor in Washington, D.C, completes the experience with beer and culinary pairing.  Due to its extensive beer offerings, the Monk’s Kettle’s friendly and well-educated staff seeks to educate its patrons about the world of beer, and guide customers through the list.