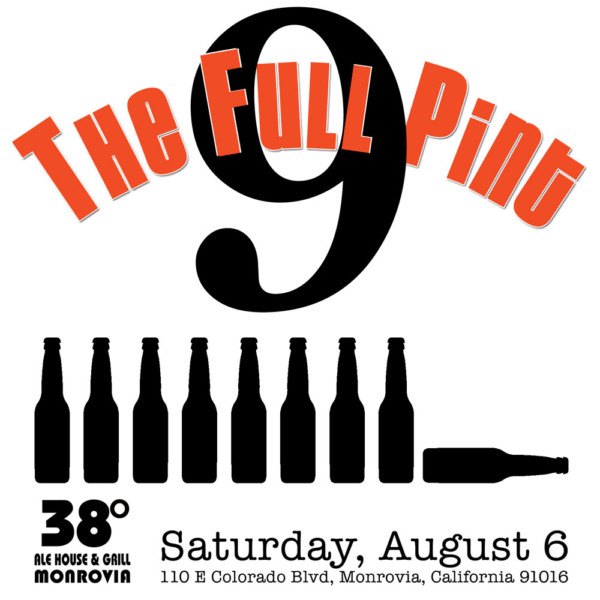 What: TheFullPint.com is ready to celebrate their 9th Anniversary of bringing craft beer news, reviews and event info, and will continue the tradition of holding an intimate party featuring the most rare and tasty beers we can get our hands on. We’ve been fortunate enough to partner with great venues and breweries each year, and every party seems to be better than the previous year. Read on for details about our VIP Session as well as our General Admission party for the public.

VIP Session Details (tickets required): With the purchase of a VIP Session Ticket, you will be invited to the VIP Session from 4:30PM to 7:00 PM. You will be given commemorative glassware, 10 pours of beer (plus welcome pour) and will be given access to a beautiful food spread. During this time period, this will be closed to the public, so you will have time to have first crack at all these rare and amazing beers.

PLEASE NOTE: You are welcome to stay and continue the fun after the VIP session ends.

General Admission Details (No tickets required): Did you miss out on tickets? At 7:00 PM, you can gain entrance for $10.00, which gives you a commemorative tasting glass and access to all this rare and delicious beer.

Parking: The City of Monrovia has ample free public parking next to us, across from us, and all over Old Town. With that said, we recommend you use a taxi, Uber, Lyft or Metro Gold Line so you don’t make any bad decisions after indulging.

Public Transportation: Whether you are on the West Side, Orange County, San Diego, or even San Francisco, you can connect to Union Station in Down Town LA and take the Metro Gold Line, which is a half mile from the venue. https://www.metro.net/riding/maps/gold-line/

Participating Breweries: Here is our tentative lineup of participating breweries. For the past few years, we’ve had a 99% success rate, however certain last minute problems may arise. More to be added, beer list unveiled before the party!