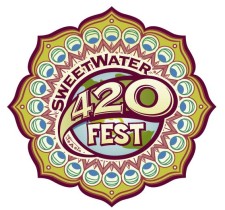 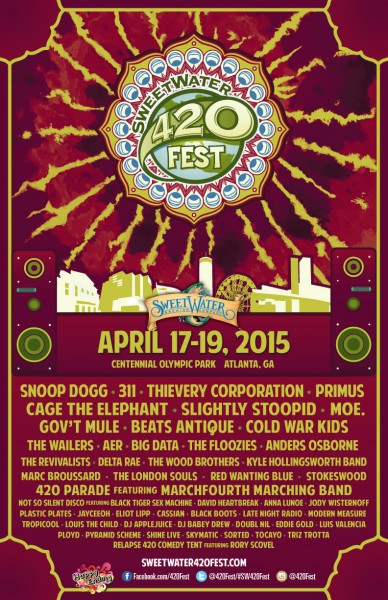 “With so many Atlanta-based talented musical and comedic acts, the 420 Fest is proud to feature ‘locals’ and to show the love for the Fest’s and SweetWater Brewery’s hometown,” said Jennifer Bench, President, Happy Ending Productions.

About SweetWater 420 Festival
The 11th annual SweetWater 420 Festival will be held April 17-19, 2015 at Atlanta’s Centennial Olympic Park. Four stages will accommodate 48 musical acts representing with the most diverse and talented line-up in the festival’s 11-year history. The SweetWater Experience will offer a unique variety of samplings and school patrons on craft beer, Planet 420 will offer eco-friendly tips and the Not-So-Silent Disco will keep the party going. For more details and ticket purchase visit www.sweetwater420festival.com and follow on Twitter/Instagram at @420Fest or on Facebook at facebook.com/420fest.

About SweetWater Brewing Company
Living by the motto “Don’t Float the Mainstream,” SweetWater Brewery has been blazing its own path in craft beer throughout the Southeast since its inception in 1997. With a brewer calling the shots, quality of beer—and life—are always most important in crafting a lineup of lip-smackin’ brews. Widely known for its flagship 420 Extra Pale Ale, SweetWater also serves up an ever-evolving Catch & Release seasonal lineup of brews and an offbeat, one-off Dank Tank series. SweetWater invites folks to join them for tours and tastings of their Atlanta brewery every Wednesday through Sunday.

And always remember; drink ‘em if you got ‘em!