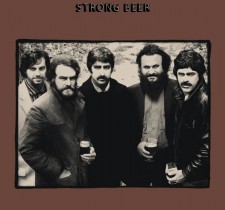 In case SF Beer Week isn’t enough for you, February 1 marks the beginning of the 12th Annual Strong Beer Month. Today Magnolia Pub & Brewery offered a hint for this year’s theme on their Facebook page here.

During the month of February, 21st Amendment Brewery and Magnolia Pub & Brewery team up to offer patrons the opportunity to enjoy 12 strong beers (which are rumored to be 8.5% ABV and above this year). Each brewery will feature 6 of the 12 strong beers.

For those of you looking for a challenge, pick up a ticket at either brewery (which lists the 12 strong beers available) and get your ticket punched as you sample the various selections. Once you have enjoyed all 12 strong beers (responsibly), exchange your completed ticket for the coveted chalice, the Strong Beer Month glass.

New to Strong Beer Month this year, Drake’s Brewing in San Leandro decided to join the party, teaming up with 21st Amendment Brewery to create a special brew for the event which will be available at 21st Amendment Brewery.  The two breweries collaborated on a Triple IPA made with 2-row, caramalt, rye, chocolate malt and a little roasted barley, along with a combination of New Zealand (Nelson Sauvin & Pacific Jade) and American hops (Centennial & Amarillo).  The Triple IPA is set to weigh in at 10.5% ABV! Sounds delicious.

Also, during the month of February each brewery will feature special kegs, including rare treats, casks of vintage ales, and barrel-aged beers. Check with 21st Amendment Brewery and Magnolia Pub & Brewery for the beer release schedule as the strong beers are released at various times throughout the month.