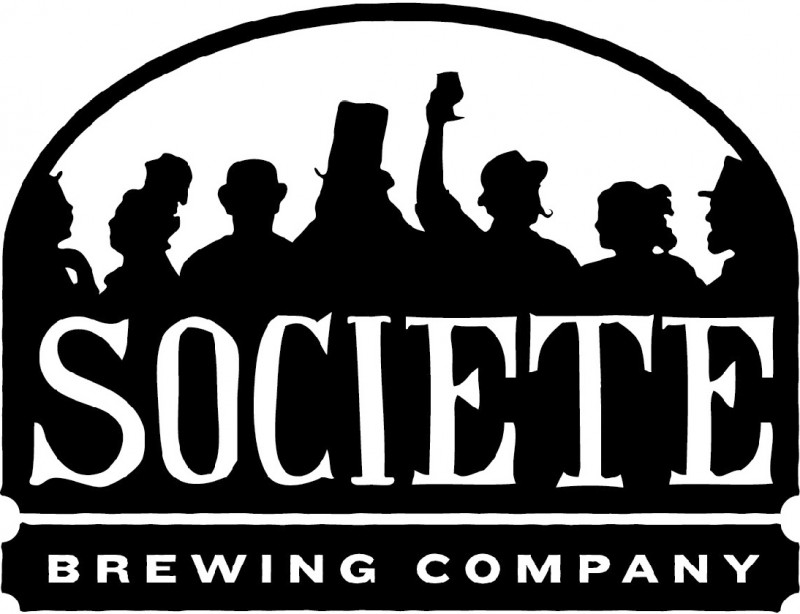 Our friends at Societe Brewing Co.in San Diego are turning 2! We recently reported about their Summer Solstice Ale Trail plans with neighboring Benchmark Brewing and BNS Brewing & Distillery, and we just got the official word from them about their official anniversary celebration plans. Sweet commemorative glassware? Check. $2 eight-ounce pours of delicious Societe beer? Double check.

“We want to celebrate with as many of Societe’s fans as possible,” says Mike V. Sardina, the Assistant Executive Officer at Societe Brewing Company. “We won’t have any exclusive, ticketed events or sessions. We are opening this party up to everyone. I think we have put together a list of events that is first and foremost about the beer. That is what we do, that is who we are. Brew the best beer that we can, and then share that.”

Societe Brewing will offer a special Second Anniversary glass for sale, while supplies last, beginning on Friday, June 20. When guests bring their Second Anniversary glass back into the Tasting Room any day during the celebration, they can receive $2 eight-ounce pours of any beer that is available. In addition to the glassware promotion, each day throughout the nine days, Societe Brewing Company will host a special event in its Tasting Room. The full lineup of events is posted at www.societebrewing.com/two, but the list includes special beer releases, a book-signing, special discounts on beer, a cookout with MIHO Gastrotruck, a cheese, charcuterie, and chocolate three-way pairing, and a hangover brunch to conclude the celebration.

“We wanted to make this about the beer,” says Douglas Constantiner, Co-Founder of Societe Brewing Company. “We want everyone who has helped us get to the point where we are today to able to come see us, to share some awesome beers, and walk out of Second Anniversary with having had an absolutely amazing experience.”

Tickets for the MIHO cookout and the hangover brunch will be available for purchase online through Societe’s website. The Tasting Room will be open to the general public throughout the week, and Societe Brewing is both kid and dog-friendly. Additional information about Societe Brewing Company and about Second Anniversary can be found at www.societebrewing.com.

Friday, 6/20|Opening Jubilee: Help us open the celebration in style by enjoying a glass of our new Saison with California Sagebrush: The Gleaner. We’ll have a limited number of Second Anniversary glasses available throughout the week, so if you’d like to guarantee that you get one before we run out, be sure to visit us this Friday. My Urban Eats will serve from 3-8pm
Saturday, 6/21 |Kip Barnes Book Signing (1-5pm): Author Kristofor (Kip) Barnes will be joining us to discuss and to sign copies of his awesome, new book,Beer Lover’s Southern California. Looking to find some killer beer spots in Southern California? Boom. Kristofor’s book is the one-stop guide to beer paradise. All day long we will be featuring one of his favorite beers (and one of ours): The Harlot. Mastiff Sausage Company will serve from 1-7pm.
Sunday, 6/22 |Casual Coursed Cookout (12-4pm): The fine folks from MIHO Gastrotruck have assembled an amazing menu for a casual, four-course meal. Feel free to arrive anywhere between 12PM and 4PM to get some belly timber, with the last plates of food being served at 5PM. There will be very limited space available for walk-up guests, so be sure to pick up your tickets early. Tickets are now on sale!
Monday, 6/23 |Industry Night 6-9pm: This is our THANK YOU to all the people who make San Diego the absolute best spot for beer in the world.  Come take a bow and give yourselves a hand. All brewery employees and allied pub staff members are heartily encouraged to join us for $1 beers (no Anniversary glass required, but be sure to bring a business card or recent paystub). For the industry folks, we will also have delicious food from Chef Karl Prohaska. Note:  we will still be open to the public and Anniversary glass holders will still enjoy $2 pours.
Tuesday, 6/24|Toss-Up Tuesday: Every hour, on the hour, from open to close, a beer will be randomly selected  for $1 pours in your Second Anniversary Glass—lasting for just that hour only. Possible beers include: The Pupil, The Debutante, The Scrapper, The Highwayman, The Butcher, The Madam, The Apprentice, The Bellowsman, The Widow, The Dandy, The Pugilist, The Swindler, The Harlot, The Publican, and The Gleaner. While supplies last. Red Oven Pizza will serve from 4-8pm.
Wednesday, 6/25 |Three-Way Pairings (time TBA)

Join us for an educational evening of food and beer pairing featuring some of San Diego’s finest cheese, chocolate, and charcuterie. Pairing tickets are just $2 each and they can be redeemed for any of the evening’s offerings. Pours into your Second Anniversary glass are still just $2 as well.

We are transforming the Tasting Room into a Bachelor pad, and it’s time to party down. For the first time ever, we will have three batches of our delicious Single Hop Ale available side by side by side:
Grab some tasters of all three to compare, get a full pour to savor, or snag a growler fill to take home. Casanova Fish Tacos will serve from 4-8pm.
Friday, 6/27 |Dame’s Night
We can’t celebrate The Bachelor without turning an eye to our lovely ladies as well. All of our Belgian-inspired, and femininely named, Old World beers will be $1 off (that is on a full pour or a pour in the Second Anniversary glass, only). Don’t worry gentlemen—you’re invited to partake, too. Killer Street Tacos from 4-8pm.
Saturday, 6/28 |The Societe of Blind Tigers!  TBA
We have teamed up with the awesome people at Blind Lady Ale House and Tiger!Tiger! Tavern to provide transportation to and from each location, with pick-ups and drop-offs at all three.  Help us support two establishments that have supported Societe since inception! DK Local Kitchen serving from 1-7pm.
Sunday, 6/29 |Stygian Hangover Brunch
Force yourself to wake up early—10AM is early, right?—and come by the brewery for a delectable hangover brunch from San Diego Beer Brunch. We will be showcasing our darkest beers and there’s no limit on the food for ticker-holders. Again, we’ll have limited capacity for walkup guests, so we strongly recommend buying your tickets in advance. Check back soon for a link!