Chandler, Arizona (July 18, 2014)—Professionally produced by HDE Agency and presented by Bashas’, the 7th annual SanTan Brewing Oktoberfest is set to invade the streets of downtown Chandler on Saturday, October 4, 2014 from 3-11 p.m. 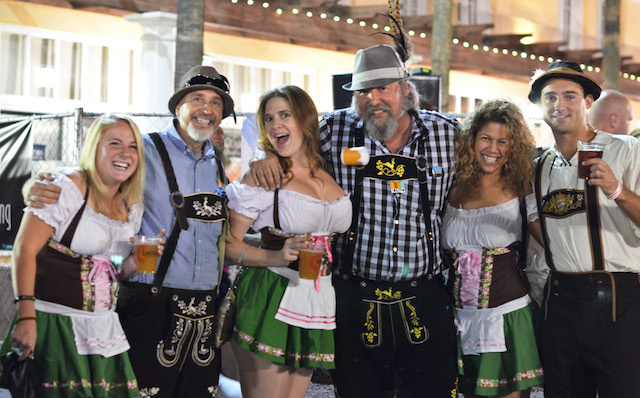 No Oktoberfest celebration would be complete without beer! The SanTan Brewing Oktoberfest will feature a Bavarian-style beer garden where thirsty patrons will enjoy SanTan’s Oktoberfest brew—on tap and for the first time ever, in cans too! Oktoberfest is a traditional German Lager boasting a toasty strong malt profile with a clean and crisp lager flavor, ABV 5.5%. Also, SanTan’s core beers and a variety of seasonal beers will be available.

So, dust off your lederhosen and dirndl and get ready for a smorgasbord of good times at the 7th annual SanTan Brewing Oktoberfest. The festival will be located in Dr. AJ Chandler Park across from SanTan Brewing Company at 3 S. Arizona Ave, Chandler.

Pre-sale admission tickets are on sale now for $12 at SanTan Brewing Company or online at www.santanoktoberfest.com.  Also, starting September 1, 2014, pre-sale tickets will be available for $10 at all valley Bashas’ locations. Day of admission will be $15 per person.

A portion of the proceeds from the SanTan Brewing Oktoberfest benefit St. Joseph the Worker, a 501c3 non-profit organization dedicated to assisting the homeless, low income and other disadvantaged individuals in their efforts to become self-sufficient through quality employment.  For more information about St. Joseph the Worker, visit www.sjwjobs.org.

In 2009, SanTan Brewing began distributing their Southwestern Style Ales throughout the state of Arizona, operating with a mission to pair craft beer with craft food that would inspire great conversation and good times. 2014 marks the beginning of taking this journey throughout the Southwest and California.

SanTan beers have won numerous national and statewide awards including two medals at the US Open Beer Championship: bronze in 2013 and gold in 2011. SanTan Brewing also took home a silver medal at the 2011 Great American Beer Festival and won Best Brewery in Arizona, selected by the Phoenix New Times and the Arizona Republic, in 2013 and 2011.