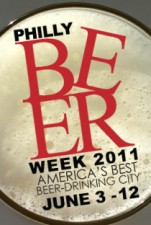 Hellllooo Summer! Dock Street Philly Beer Week Music Fest is back just in time for sun, tunes and refreshing beers. On Sunday, June 12th from 2pm to 6:30pm Dock Street Brewery (firehouse corner of 50th & Baltimore) morphs into an indoor and outdoor celebration of great beer, great food and amazing music. Dock Street Philly Beer Week Music Fest gets better each year and with help from our friends at Subaru this year is better than ever!

Here’s the rundown of what to expect.

THE FESTIVAL. For the past four years, Dock Street has had a strong presence in West Philadelphia. The community around Dock Street continues to evolve into a vibrant, eclectic and progressive neighborhood. The Annual Dock Street PBW Music Fest strengthens this positive impact, not just in West Philly but in the craft beer industry and Philadelphia as a whole. The festival draws America’s creative melting pot and celebrates local pride, quality craftsmanship and how, combined, they contribute to our economic and cultural well being.

THE SOUNDS. Dock Street PBW Music Festival is bringing together the best of local Philadelphia music. Hailing from Philadelphia but known the world over, psychedelic rockers Bardo Pond are headlining the show. Uber-talented TJ Kong and the Atomic Bomb, Da Comrade!, City Wide Specials will load your ears with their progressive, creative sounds.

THE GRUB. Dock Street is firing up fresh pies from the wood-fired oven and selling by the slice. Americana, Pepperoni, Vegetarian and Vegan are among the delicious options on the menu. Buttercream Cupcake Lady is providing the sweets for a mid-festival sugar rush.

Mariposa Food Co-Op is running a 50/50 raffle to benefit their expansion project and their mission to bring fresh, nutritious food to Philadelphia communities. Drinkphilly.com is covering the event and taking awesome live footage.

Stay up to date and check out clips and videos from the bands at www.dockstreetbeer.com