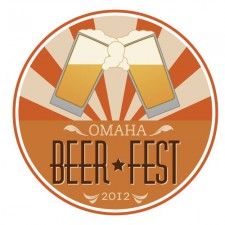 Omaha, NE – For the first time, regional homebrewers have the chance to show off their crafts at the state’s largest beer festival. Homebrewer Expo, sponsored by DRAFT Magazine, will be held on Friday, May 18 at the Omaha Beer Fest in Stinson Park.

Attendees will enjoy beers made with experimental ingredients not found in traditional beers styles. According to Gary Glass, American Homebrewers Association Director, “Homebrewers, being free from the need to sell their beer, have the luxury of being able to push boundaries with new flavor combinations and styles. They can experiment without worry of major financial loss. The experimental beers that homebrewers are trying out now are on the cutting edge of craft beer, and from those experiments will come the styles and flavors of tomorrow’s commercial craft beer.”¹

Entry into the Homebrewer Expo is included in general admission tickets for Friday, May 18 only. Tickets are $30 in advance, and include a tasting glass, unlimited beer samples, the Homebrewer Expo, Beer Academy sessions and live music. Tickets are available now at www.omahabeerfest.com. Homebrewers interested in participating should contact [email protected]