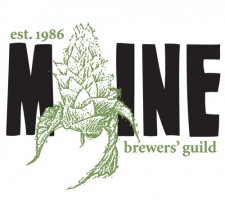 Portland, ME – The Maine Brewers’ Guild will host their 3nd annual beer tasting festival and fundraiser, “Craft Beer Comes to Maine State Pier” in Portland on Saturday, July 13, 2013. This unique outdoor festival features representation from 24 Maine breweries and a chance to meet the owners and brewers from all over the state who will be pouring their own beers in one iconic waterfront setting. There will be more than 90 beers available to taste and bratwurst and wood-fired pretzels are among the catered food items which are entirely included in the price of admission. One hundred percent of the proceeds from this event support the Maine Brewers’ Guild and its continuing mission to protect and promote the growing craft brewed industry in Maine. There will also be a silent auction that includes private tours and “brewer-for-a-day” experiences.

The event will feature a special “from away” guest, Victory Brewing Company of Pennsylvania. Charlie Papazian, president of the national Brewers Association and author of The Complete Joy of Home Brewing, will also be in attendance. VIP ticket holders enjoy early access to mingle with brewers and taste exclusive specialty brews.

“The Guild is focused on making the festival a truly unique and top-notch experience,” said Daniel Kleban, MBG President. “We’ll have craft beers pouring from every Maine brewery outside on the ocean during the height of summer – it will truly be a special event not to be missed.”

When: Saturday, July 13 from 1:00 – 4:00pm
Where: Maine State Pier, Portland, at Franklin and Commercial
Cost: General admission tickets are $50 and include beverages, German-themed food and a commemorative tasting glass. VIP tickets are available for $75 and include early entry at 12:00pm. Designated driver tickets are $25. Tickets are available for sale online as well as at Rising Tide, Baxter Brewing, Gritty’s in Portland, DL Geary’s, Sebago Brewing in Portland and Maine Beer Company and must be purchased in advance. This is a 21+ event and pets will not be permitted. This event will be held rain or shine. Tickets can be purchased at http://www.brownpapertickets.com/event/360745.