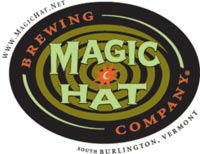 For the itinerary loving people out there, here’s a quick rundown of Saturday’s Mardi Gras extravaganza.

The parade itself begins at 3pm, but festivities start at 12pm sharp when Caravan of Thieves hit the top block of Church St. Here’s the complete doin’s:

-12pm: Registration for the King & Queen of Mardi Gras Costume Contest begins outside City Hall on the lower block of Church St. Winners get $500 EACH and will help lead off the Grand Parade with Alan Newman and Mayor Bob Kiss.

-12:30-1:30pm: Sambatucada warms up the crowd with their unique Afro-Brazilian beats in front of City Hall

-1:30pm: The Mardi Gras Costume Contest concludes as Alan Newman crowns the King & Queen and hands over $500 to EACH of the winners in front of City Hall

-2pm-2:30pm: Sambatucada warms up the crowd with their unique Afro-Brazilian beats in front of City Hall

-3pm: The Grand Parade begins to wind its way through downtown Burlington!

-Families with children under 7 years are welcome to catch the parade from the Little Jambalaya Viewing Zone, right in front of the FedEx/Kinko’s and the courthouse on the corner of Main St. and South Winooski.

-After the Parade: The Mardi Gras Parade Post-Party begins as soon as the last float has been filed away. Hit the purveyors of potables and foodstuffs around the Marketplace and fill up on New Orleans cuisine, Magic Hat beer and friendly folly with folks from all over the world.