(PORTLAND, OR) – Kells Brewing is observing its fifth anniversary this month and the pub is marking the occasion with a celebration on Saturday, Sept. 23 from 3 p.m. to close. Festivities will include live music, a Rose City Futsal arena in the parking lot, discounts on the newly released Kells IPA six-packs, and the debut of Kells’ two fresh hop beers, one of which will feature hops freshly picked from bines at the Kells Farm in Wilsonville. 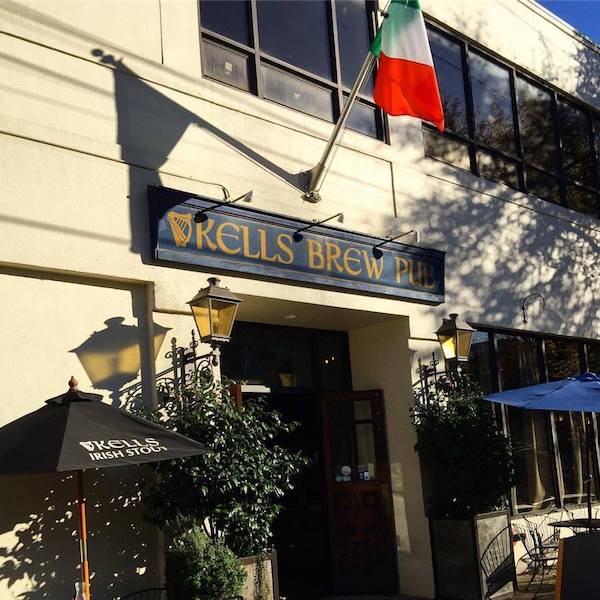 This will mark the first harvest of hops from the Kells Farm; the quarter-acre test plot, originally planted in 2016, included Chinook, Cascade and Centennial varietals. According to head brewer Garrett McAleese, “The goal is to grow one acre of the best yielding varietal while continuing to grow others in the test plot; we plan on eventually using the hops in our IPA year round.”

The community is invited to help pick the hops off the bines at Kells Brewery next Wednesday, Sept. 13 beginning at Noon and continuing until all the hops are picked. The first five buckets filled with fresh hop cones will grant the picker a complimentary six-pack of Kells IPA in 12-ounce cans (one six-pack per bucket, no matter how many pickers involved). The hops will be added to two fresh hop beers that will debut at the Fifth Anniversary Celebration a week later, including an Amarillo Kölsch on tap and the Kells Farm-hopped Cascadian Dark Lager poured off the zwickle.

The celebration will also let soccer fans play pick up games in the Rose City Futsal portable arena in the parking lot. At 7 p.m., owner Gerard McAleese and lead brewer and pub manager Garrett McAleese will raise a toast in honor of the occasion. And local singer/songwriter Jordan Harris will round out the evening with live music in the pub from 9 p.m. to Midnight.

The Kells Brewery Fifth Anniversary Celebration is free and open to all ages.

About Kells Brewery
Kells Brewery is an Irish family-owned and operated 10-barrel brewery located in the heart of Northwest Portland. The brewery, which offers a full service bar and restaurant, is open to all ages from 11:30 a.m. to close seven days a week. Learn more at www.kellsbrewery.com and @kellsbrewery on social media. For more information, call 503-719-7175.