Ironfire Meet The Brewer Event At The Factory 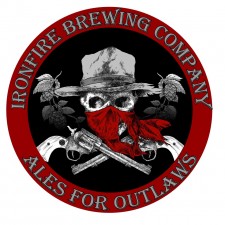 Long Beach, CA – Join brewers John Maino and Greg Webb from one of the hottest new breweries on the Southern California scene! John and Greg met while brewing at Ballast Point and a plan was hatched for a great new brewery in Temecula! Their slogan is “Ales for Outlaws” and this beer list is so incredible it probably isn’t legal in several states!

Free pint glasses to the first 24 people to order an Ironfire brew!

About Ironfire Brewing
At Ironfire, brewing the highest quality ales and lagers is a way of life. The beers we produce are painstakingly modified time and time again until we love the end product. No beer will be allowed to grace your palate until we want to drink a plethora of it ourselves. All killer, no filler.

Every one of our ales and lagers has our own unique “brand.” Sometimes this leads to our beers not fitting into neat little cookie cutter categories. We don’t care about that anyway. Ironfire’s beers are for the folks who enjoy beer in all its forms regardless of classification, origin or preconceived notions.