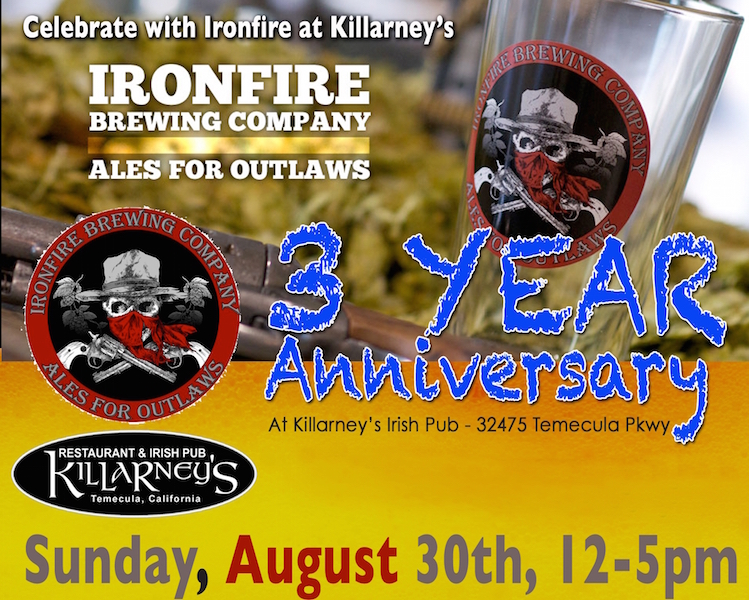 (Temecula,CA) – Ironfire Brewing Company in Temecula is celebrating its 3rd Anniversary at Killarney’s Irish Pub in Temecula at Noon on Sunday, August 30th.

Ironfire Brewing Co will once again be taking over Killarney’s Irish Pub in Temecula for its Anniversary.  Owners John and Greg choose to celebrate their Anniversary outside of the brewery so that they can step out from the kettles and enjoy beers amongst their regulars and fans.  17 Ironfire beers will be tapped for the event.  This will be the first time we will be publicly releasing any of our sours, along with some beers exclusive to the Wetwood 100 Barrel Club!

The event will go from Noon – 5pm.

Free admission to the event, as it is pay-per-beer.  Full food menu will be served during the event.  Craigsband will be providing live music.