(Paso Robles, CA) – Firestone Walker has announced their annual anniversary ale release party. Each year, they seem to add another fun twist to the event, this year will include a brewery only release of Scotch Parabola. Read on for details, local hotel accommodations and more. 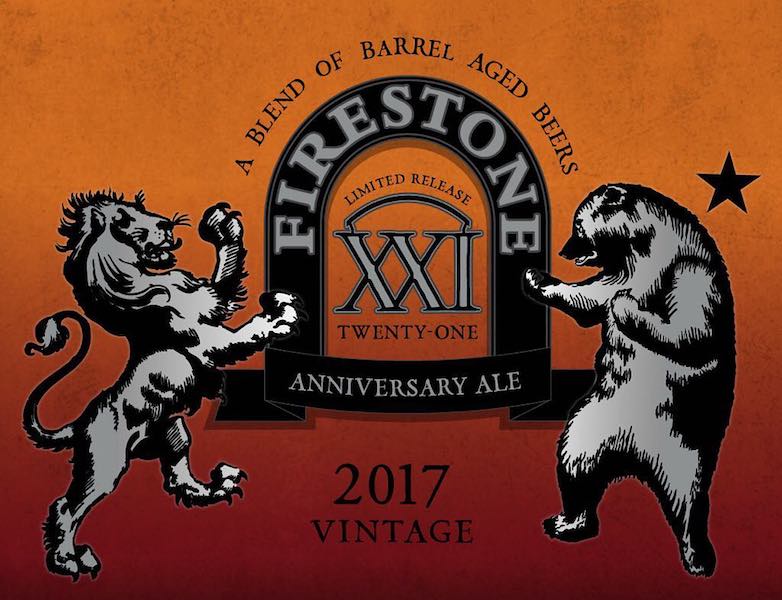 Beer and space is limited; your ticket secures entry for one adult 21+ years of age into this year’s event! Tiered ticket pricing will also include:

• Either six or 12 – 12oz bottles of XXI, depending on the ticket purchase of your choosing.

• The opportunity to taste many amazing beers created by the Firestone Walker Brewing team.

Note: if you buy the 12-bottle package as your ticket then you will NOT have the opportunity to purchase anymore XXI Anniversary Ale at pick-up. Fear not, you will be able to purchase limited bottles of the limited produced Parabola aged in Scotch barrels if 12 bottles of XXI is just not enough for you!

Bottles of XXI Anniversary Ale will be for sale on Saturday, November 4th, 2017 at the following locations: