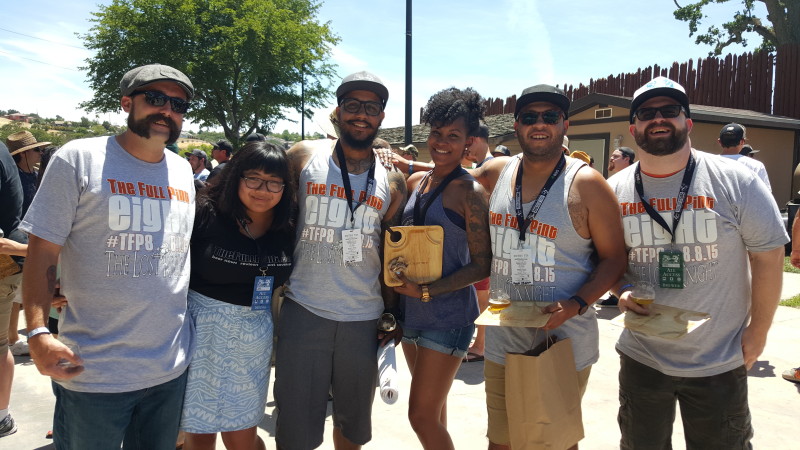 Another Firestone Walker Invitational Beer Festival is in the books. We have been excited to head up for the much-buzzed about fest filled with an epic brewery lineup and delicious (and generous) samplings from some of the Central Coast’s best restaurants, but every year we hold some reservation that the event will get too big for its britches; compromising its reputation as an event held on a higher echelon compared to every other beer festival one’s ever been to. Was that the case this year? NO. This past weekend marked yet another successful event with more beer, more food, and just the right amount of structure and security to keep us thirsty fest-goers in tact. The Firestone Walker team really do have this event dialed in despite a few little things here and there — we’d say everyone in attendance left quite happy indeed.

The Good: We pretty much covered the good stuff above, but to reiterate, everything from the organization of the event, the breweries present, and the food offerings were well worth the travel-time and ticket price. Sure, there are a few breweries we wished made the cut this year, but considering this is one of the only fests on the west coast where you’ll see 3 Floyds, Side Project, Funkwerks, and The Alchemist (to name a few), we can forgive for the ones we wished to see.

The Bad: Paso Robles isn’t a huge place and accommodations become scarce quickly. Public transit and ride-share apps such as Uber are hard to come by so you’ve got to plan ahead. It took a while for local drivers to make their way to Paso and that was only after surge pricing went up as high as 6x the normal fare. Many friends stayed in neighboring towns and drove from the festival to their lodging which can be rough when evaluating which person in your group has to be the DD at one of the best fests of the year. Plan in advance & you’ll score a walk-able place nearby.

The Ugly: I guess this is kind of silly to say to a group of adult readers, but common courtesy goes a long way. A common complaint we heard this weekend was that lines for highly sought-after brews got a little messy for part of the day. Line-cutters, people crowding the front of the line trying to wedge their glass in front of others, etc…not fun for others. Don’t be that guy.

In a nutshell…don’t miss the next Firestone Walker Invitational Beer Festival. Book your lodging far in advance. Don’t stay too far out of town unless you’ve got a designated driver (or are ready to drop coin on a taxi). And don’t be an asshole.

See you next year!