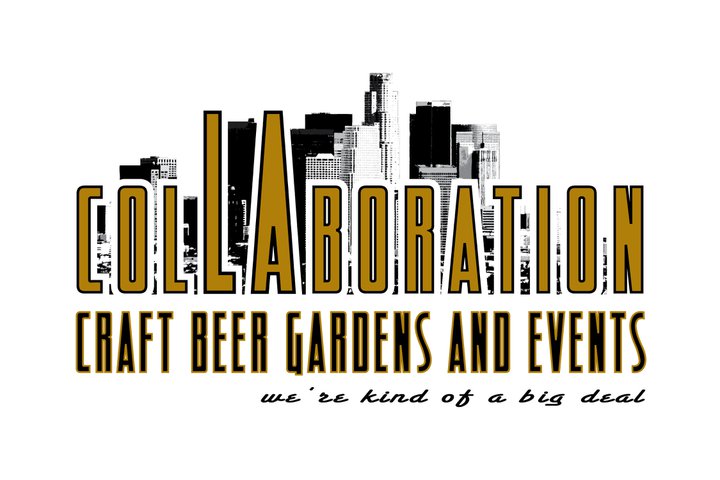 The fine folks behind ColLAboration, LA’s roaming craft beer garden, took the show indoors this weekend for their long-awaited Winterfest. Originally scheduled for last December at Golden Road Brewing, the event had to be re-scheduled after major power-outages swept most of the south land. Winterfest took place at the historic Belasco Theatre in Downtown LA and welcomed back seasoned ColLAboration members as well as a slew of new-comers whose check-in line for pre-purchased membership glasses stretched around the block.

This event was the first ColLAb event to take place inside, but there were many nooks and crannies for visitors to explore in and outside of this beautifully restored  theater that’s been a landmark in the area since 1904. The dark and moody venue was transformed into a mini craft beer convention with three beer stations located in the main floor area of the venue pouring to longer-than-usual lines and an additional station located out on the Belasco’s ground floor patio as well as a station located in the theater’s restaurant bar. 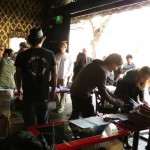 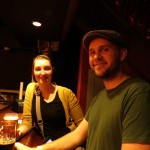 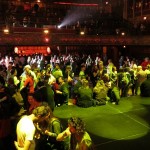 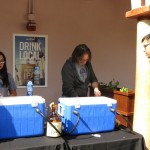 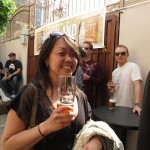 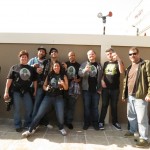 Despite the larger crowds, lines went quickly which is always a plus. It was fairly dark in the theater, which had many tables and lounge areas throughout, but those seeking some sun were also able to utilize a second outdoor area on the second floor which featured a nice metropolitan view of the old Broadway District.

Beer-wise, the selection at this event offered a wide-variety for a diverse palate. While there were many who came just for the chance to taste the elusive Pliny the Younger, there was a solid list of fan-favorites like Ballast Point’s Sculpin and Victory at Sea, Lost Abbey’s Deliverance, and Firestone’s Sucaba (formerly Abacus). 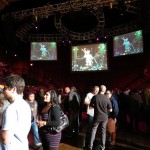 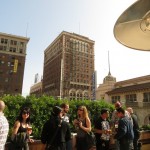 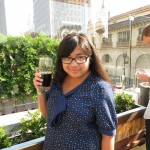 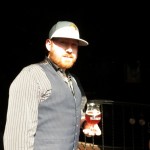 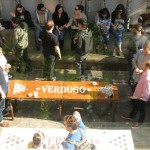 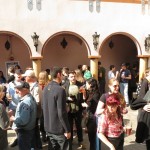 The overall atmosphere of the event was mellow; a nice lazy Sunday afternoon. Although the three indoor stations were a little crowded and lines bled into each other and became confusing, seeing as though this was the first indoor event, there were sure to be a few kinks that needed to be worked out. Luckily, staff members and volunteers were incredibly helpful and attendees were mostly low-key and wanted to have a good time. It was also great to see the lovely folks from the beloved Blue Palms back in action for the event. The addition of background music at this event was a nice touch in addition to three projection screens playing the 80s cult classic Strange Brew. 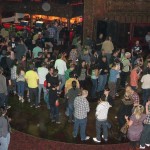 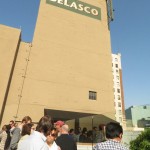 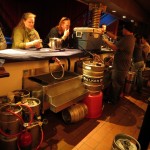 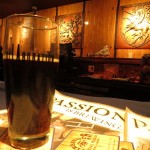 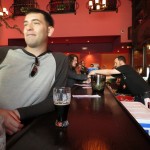 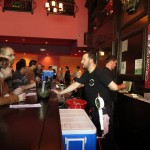 Keep track of upcoming ColLAboration events here at The Full Pint and check out their website to purchase memberships and beer tokens at collaboration.la