Chifa Gets Sly In July

Philadelphia, PA – On Thursday, July 22 at 7 pm, Chef Jose Garces will continue his ongoing series of Craft Beer Dinners at Chifa when he hosts Brewer Brian O’Reilly from Sly Fox Brewing Company. The event will feature four-courses of Chifa’s inspired Latin-Asian cuisine paired with O’Reilly award-winning beers. The cost will be $65 per person, excluding tax and gratuity. Space is limited, and reservations are required.

“Chifa’s food is particularly well-suited to pairing with full-flavored craft beers, and these beer dinners are a fun way to enjoy some excellent local offerings alongside innovative dishes,” says Chef Garces. 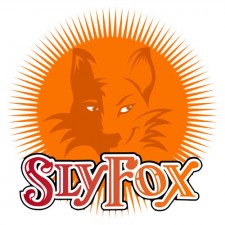 The Craft Beer at Chifa Dinner Series will continue on Thursday, August 5 with Brewmaster Garrett Oliver of Brooklyn Brewing Company and on Thursday, September 30 with Founder Tom Kehoe of Yards Brewing Co.

Sly Fox Brewing Company was formed in 1995 as a brewpub in Phoenixville. Today that brewpub and a production brewery and restaurant in Royersford have helped make Sly Fox one of the best known names on the Pennsylvania beer scene; it became the first brewery in the Mid-Atlantic region to can its beers in 2006, making it one of the early advocates of a trend which is now being embraced by craft brewers around the county.

Chifa opened in early 2009 to critical acclaim; The New York Times praised the restaurant’s unusual ability to “kill two cravings [Asian and Latin] with one dish,” while Philadelphia magazine called Chef Garces’ innovative interpretations of Peruvian cuisine “a cross-cultural thrill ride…A meal at Chifa is a night out, a form of entertainment, an infusion of world culture, a culinary education, something to brag about the following day.”

Chifa is open for dinner seven days a week beginning at 5 p.m.; dinner is served until 10 p.m. Sunday through Thursday and until 12 midnight on Friday and Saturday. Lunch is served from 11:30 a.m. until 2:30 p.m., Monday through Saturday. For more information about their upcoming beer dinners, or to make a reservation, please visit www.chifarestaurant.com, or call (215) 925-5555.