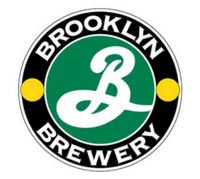 The Food Experiements are back, and Brooklyn Brewery is sending America’s top amateur cook-off to 15 cities including Stockholm, Sweden. The Experiments draw on each city’s most passionate, most flamboyant and most talented home chefs. They’re judged both by a local celebrity panel and by the foodie fans that show up to eat their creative bites. A flavor-packed weekend trip to Brooklyn, furnished by Brooklyn Brewery, awaits the winner of each city’s contest.

The weekend ends on a dead serious note as the nation’s winners compete for culinary glory and hometown pride in the Food Experiements Championship held at The Brookyn Brewery.

The Food Experiments 2012 National Tour kicks off in Houston, TX on Sunday, March 4.

The Food Experiments have been produced since 2008 by celebrated cook-off champs Theo Peck and Nick Suarez. Brooklyn Brewery sent the duo on the road to six cities in 2011 for a string of sold-out dates.