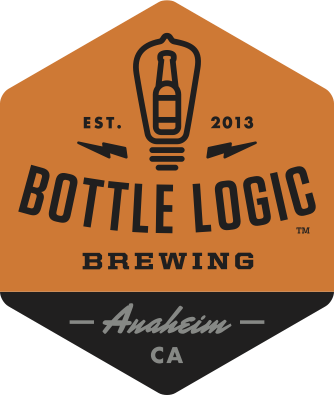 The “Week of Logic” kicks off on Sunday, March 22nd with the re-release of two acclaimed barrel-aged beers: Darkstar November Imperial Stout and Dr. Strangematter Imperial Saison. Each day following will see the release of at least one new barrel aged beer, including the brewery’s first sour brew on Monday, March 23rd. The festival culminates on Saturday, March 28th with the release of ‘Ideation 2015,’ their anniversary wheat wine aged for ten months in bourbon barrels.

Guests will have the opportunity to commemorate their visits with a “Week of Logic” Passport, wherein they can learn about each day’s special releases and jot down tasting notes of their own. These Innovators will earn a special stamp for their passport upon each day’s attendance, and there will be prizes for varying tiers of collection.

The Bottle Logic team is excited to revisit many fan-favorite variant beers throughout the week, many of which originated as experimental ideas cultivated by the patrons themselves. The brewery has been honored to establish its place in the Orange County craft beer community, thanks to this devoted group of beer drinkers. The “Week of Logic” celebrates them, the craft culture, and the process of brewing an idea off the paper and into a pint glass!

Complete list of beer releases throughout the “Week of Logic:”

“We brew beer for people with curious minds and adventurous palates. At Bottle Logic, we believe there will always be a frontier to explore, that there’s no substitute for hard work, and that nothing is more thrilling than a mind-blowing beer.”