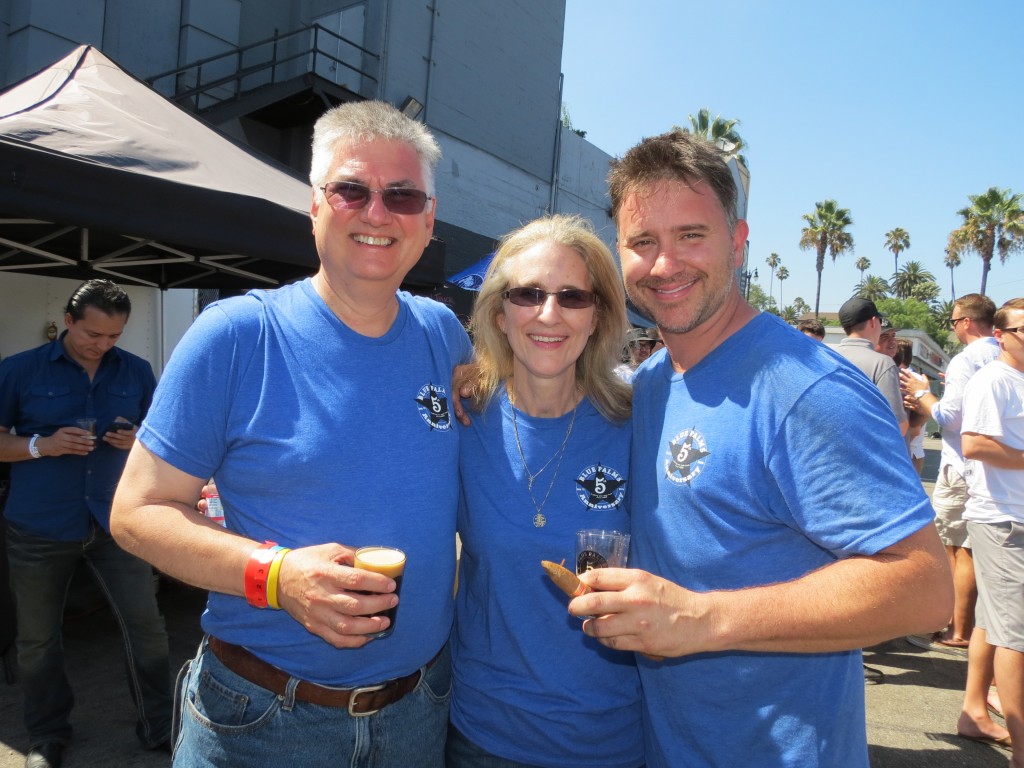 This weekend my local watering hole, Blue Palms Brew house in Hollywood celebrated their 5th Anniversary. We at The Full Pint were high off of our own anniversary energy from our party the night before at 38 Degrees, but we all made it out to support one of Los Angeles’ most precious of craft beer gems. We’ve been big supporters of Blue Palms from the very beginning and we couldn’t be happier for Lenzo and his fantastic crew.

Keeping up with tradition, Blue Palms pulled out all the stops for this year’s anniversary; utilizing both the interior lobby of The Fonda Theatre and the adjacent parking lot next to the bar to create a low-key festival featuring one of the best taplists of the year. As previously mentioned on TFP, Lenzo searched far and wide for some of these kegs– even going so far as to travel back and forth to the Mid-West to source goodies from Bell’s, Founder’s, and Southern Tier to name a few. In addition to these tried and true breweries, we saw appearances from some new faces in beer including Cincinnati, Ohio’s Rhinegeist and Los Angeles’ newest small-batch endeavor, Phantom Carriage.

Lines were manageable to nearly non-existent and live music and complimentary pork belly tacos kept the crowd pumped. The crowds were mellow and the day even featured a few special words from Firestone Walker’s Steve Almaraz who has been working with Lenzo since before Blue Palms even existed. It was a pleasure seeing so many familiar faces congregating all weekend long to support the community so many of us have continued to build. On behalf of TFP crew, Cheers, Blue Palms! See you next year!