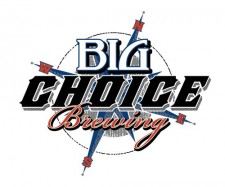 Broomfield, CO – Did you know that Big Choice Brewing is the ONLY Brewery in Broomfield? We may be small, but we are proud to be in such a great community that has welcomed us with open arms!

On September 15th Broomfield will hold it’s First Annual “Day of Play” and you know who gets to be a part of it!

With over 20,000 people attending the events, Broomfield Days begins on Friday, September 14th with a golf tournament, a concert and Bingo games. On Saturday, September 15, 2012 the day is packed with activities including a 5K race, a clown contest, a parade, a trade fair, a craft festival, food booths, three stages of entertainment, demonstrations, and great community spirit.

Part of that community spirit will involve Big Choice Brewing. In the past the event has served Anheuser Busch and Coors. This year it will solely be the best beer you can get in the City and County of Broomfield… Big Choice Beer! Big Choice will be serving 4 of its 8 beers on tap – I Want Wheat, #42 Poblano Stout, Type III IPA and everyone’s favorite the Disconnected Red. Can’t make the event, Big Choice is right up the street and open from 2pm-­‐10pm on Saturday and is also open the other 6 days of the week!

Big Choice Brewing is teaming up with the Broomfield Chamber of Commerce in support of the community. All net proceeds will go towards the Chamber to continue to support the community and local businesses.