BBQ, Beer And Music In Chandler AZ This Saturday 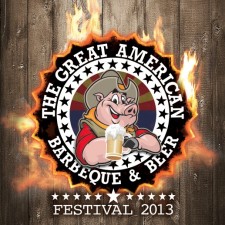 HDE Agency is pulling out all the stops this year with a massive event planned that includes over 100 exhibitors, and more than 30 BBQ vendors from across the nation serving up over 20,000 lbs of mouthwatering pork ribs, pulled pork, brisket, brats and chicken paired with the state’s finest craft beer. Other event highlights include themed activities, an expanded kid’s zone hosted by Radio Disney, eating competitions, mechanical bull riding and water activities.

The entertainment lineup will be headlined by double platinum recording artists, Smash Mouth and will feature California based rock band, Hoobastank. On the local frequency stage fans will enjoy 80 Proof and a dozen other bands including Arizona’s own Bird City, Cartoon Lion, Versions of You, Good Rust, Ethan 103, We Were Strangers, Inept Hero and more.

The BBQ vendors will also have a chance to win a $2,000 cash prize if they participate in the Bashas’ Backyard Battle where they will be judged based on presentation, use of sponsored sauces and flavor. So, this is a great opportunity for Que’ers to strut their stuff and leave with a cash prize and bragging rights too.

This is one event you do not want to miss! General admission tickets are $10 and that includes entry into the event at noon. For a limited time, VIP admission tickets are available through presale only at $98 each. VIP includes catered food by Porkopolis, alcoholic beverages, soft drinks, private restrooms, private seating and up front access to national headlining entertainment by Smash Mouth and Hoobastank. VIP is for guests 21 years and older ONLY. Visit www.chandlerbbq.com to purchase presale and VIP tickets.

A portion of the event proceeds will benefit the Downtown Chandler Community Foundation (DCCF), a 501(c)(3) not-for-profit charitable foundation. The DCCF is responsible for the fundraising activities of the Downtown Chandler Community Partnership (DCCP). They provide a conduit for grants and sponsorships from public agencies, corporations, foundations and other sources for dissemination to the District and community organizations. For more information about the DCCF visit www.downtownchandler.org.