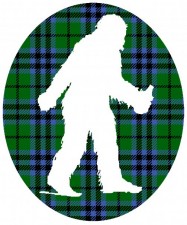 Born From A Celebration Of Live, The 2012 Sasquatch Brew Fest; Now One Of The More Celebrated Beer Festivals On The West Coast

Eugene, OR – Born during a celebration of life after Glen Hay Falconer’s untimely passing in 2002, the 10th annual Sasquatch Brew Fest will once again feature craft-brewed beers, many brewed specifically for the festival, on Saturday, May 12, 2012 in the Eugene Hilton, located at 66 East 6th Avenue in Eugene, Oregon.

Then the head brewer of the now-closed Wild Duck Brewery, Falconer passed away Tuesday, April 23, 2002 during an accident while working on his van. As the news spread through the community, a large group gathered at the Wild Duck Restaurant to share the pain of losing a friend.

A few days later, on Friday, April 26, 2002, the Wild Duck Music Hall hosted a celebration of life memorial. The venue was packed to capacity with a diverse group, some who traveled vast distances to attend. The Sasquatch Brew Fest was born on that day, as the group realized that Falconer’s passing touched many communities.

“The Sasquatch Brew Fest is really a grass roots movement that grew out of a desire to pay tribute to Glen,” said Quentin Falconer, Glen Falconer’s brother.

“Glen’s friends and his craft brewing community wanted to create something meaningful and impactful out of the depths of our sadness. We wanted to channel all that energy into something in the image of Glen. Soon the idea of an annual brew fest emerged,” Falconer said.

After much hard work, two non-profit agencies were created, the Northwest Legends Foundation, which produces the Sasquatch Brew Fest each year, and the Glen Hay Falconer Foundation, which awards two brewing scholarships every year to candidates chosen by a committee of volunteers.

“We collectively decided that proceeds should go to support organizations in Glen’s local community that represented his ideals and interests and to Glen’s broader craft brewing community in the form of brewing education scholarships,” Falconer said.

“That the Sasquatch Brew Fest has grown every year is proof that united together we can make a difference,” Falconer said.

“Like a beautiful anniversary, we stand at this marker in time and marvel at all we have achieved together, thankful to be together, and looking forward to the future and to being a positive influence in promoting and supporting things dear to Glen,” Falconer said.