I was recently at my local Whole Foods, shopping for some meat and produce to make dinner, and thought I might snag something hoppy to drink whilst chopping vegetables. As someone who purchases beer for a living, freshness is of paramount importance to me when selecting a hop-forward tipple. Much to my chagrin, I found the cupboard nearly bare. I will avoid mentioning specific breweries as I have professional relationships to maintain (rest assured, I will notify the necessary parties privately). Suffice it to say, I had to try awfully hard to find hoppy beer that was either less than two months old, or even had a bottled-on or best-by date on its packaging. I even found some highly respected brands with hoppy beer nearly six months old on the shelf. While technically still in code (i.e. saleable),  an IPA of that age would almost certainly delivery a suboptimal drinking experience. 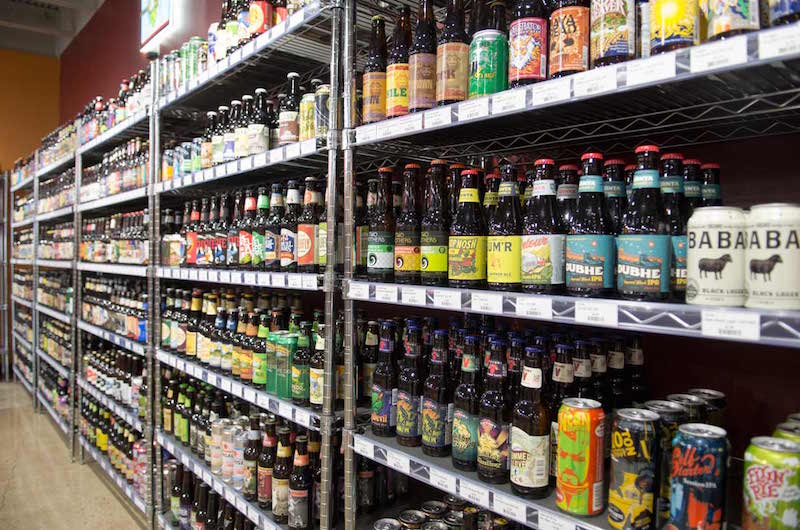 One might argue that this problem exists only for persnickety customers like me. I would disagree. Old hoppy beer is a problem for craft beer in general. Lack of attention to quality and freshness was a major issue that plagued the first craft beer boom of the 1990s and ultimately led to its demise (it has since arisen from the ashes like a quality-driven hoppy phoenix). When courting new customers, it behooves craft brewers, retailers and distributors to put their collective best foot forward. I’m almost positive a brewer would rather a consumer taste their year-round IPA a month old, rather than four months old. That four-month old IPA might make a new customer wonder whether or not paying the premium for craft beer is even worth it. This is especially true when newly acquired, former craft brands (such as Ballast Point and Golden Road) are allowed to drop their prices at retail because of the economies of scale of their new parent companies.

I view this issue as one that starts with retailers. They ultimately determine, via their purchasing decisions, the selection available to the consumer. Rational strategy dictates that they stop selling product that doesn’t move. Aging inventory and sunk cost does neither the retailer nor the end user any favors. Simply put, if you can’t sell through your hoppy beer fast enough, order less of it. Everybody enjoys the illusion of vast selection, but when it comes at the expense of quality and freshness, I’ll most often end up leaving the store empty-handed. The mere existence of new product, and someone asking you to buy it, does not mean that it deserves space on your shelf. That product has to be of high quality and of interest to your customers.

Further, better stewardship of retail selection should, in theory, lead to more efficient distributors and breweries. If retailers react rationally, and stop purchasing slow-moving product, then distributors will have more of said product in inventory. With more inventory, distributors should order less of a given product from their partner breweries. If breweries receive smaller orders, they will presumably act rationally and produce less of a given product, lower its price, or improve the product (or its marketing) to boost sales. Whichever the strategy, the hopeful net effect is less old product on shelves.

As a retailer myself, I’m aware that this issue is more complex than I have space to cover. The above is merely a plea to my fellow beer sellers (breweries and distributors included) to pay better attention to what is on the shelves. Buy less, buy better. Sacrifice a modicum of choice for a gain in quality and save your customers from old IPA.

This article was contributed by long time support of The Full Pint, General Manager of Library Ale House in Santa Monica

Beer Culture Shock — An Angeleno In the Windy City How Does A Mature Craft Brewery Stay Relevant?