How Does A Mature Craft Brewery Stay Relevant?

We’re in a good place right now, a really good place. With over 4,400 breweries in the United States, you can almost trip over a brewery these days. A great problem to have, especially if you are a craft beer lover. That being said, that same abundant marketplace can also have the reverse effect for many craft brewers who are now the old dogs in the craft beer world. 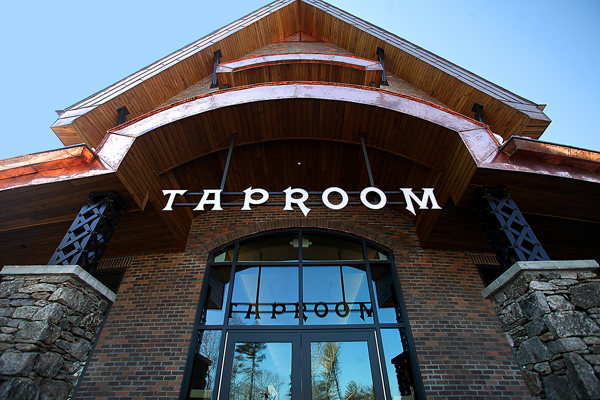 Ten, twenty, thirty and even forty years ago, the playing field was much different. Those craving more flavorful beer flocked to these new breweries opening up. This same thirst propelled many of these breweries into incredible expansion, with some opening second and third breweries around the country to keep up with production. With so many choices now available, it can be increasingly hard to keep your brand at the forefront of the the craft drinkers mind. In some cases, old stalwarts like Sierra Nevada and the Boston Beer Company have come to be looked at as the beer your father consumed.

The challenge for many breweries now is how to keep their relevance and continue to grow in a climate where new breweries are multiplying like bunnies. Some have answered the question by partnering with other breweries to take advantage of their distribution channels and increase their reach, both domestically and around the globe. Others have sought out private equity in order to expand and yet others have bought out other smaller crafter brewers, adding them to their portfolio.

The need to expand seems the logical way to stay afloat, but is there a cost? Are there other ways to stay relevant and grow your business too? “Be the first to dump in a bunch of ingredients whose taste doesn’t compliment the beer at all just for the sake of doing it” Suggests Makus Haas, longtime homebrewer and beer writer for the San Antonio Express-News “Oh wait, that’s what some breweries ARE doing, not what they SHOULD be doing. Seriously, expand your demographic but stay relevant to the local community. Many forget the people who got them there in a rush to expand”.

While this may be a little tongue in cheek, it’s also a growing sentiment among many. Dustin Teague, founder and owner of the soon to be open Cactus Land Brewing Co in La Vernia, Texas feels brewers should also “continue to make new beers and offer limited releases. Keeps people interested” and Drew Watson, owner of Hops and Pie, a craft beer and craft pizza joint in Denver, Colorado feels brewers should “continuously make far better than average beer”.

Is the answer this easy though? A magic bullet that will keep all breweries in business for the unforeseeable future? Megan Parisi, Head Brewer for Samuel Adams, acknowledges that there may not be an easy answer “It’s so complex, especially in an industry like this that has seen the ridiculous growth of the past five years” she says, stating it’s not such an easy problem to solve “Some of the evaluation of ‘relevance’ is relative to your definition of success for your business. There may not be one formula for this. It’s something that’s been on my mind having been with breweries that have been around a LONG time.”

Staying true to what brought you success though and continuing to innovate, seems a more reliable way to stay ‘relevant’ in a tidal wave of industry growth. After all, what brought you success should keep you successful, right? “Funny – I’ve been pondering the question and have seen it in print a lot recently” says Paul Kavulak, co-founder of Nebraska Brewing in Papillon, Nebraska “I think if you stick to your guns and remain innovative (which is why we got in the business in the first place), you likely never become irrelevant in the first place. Innovation for the sake of good beer – not necessarily to make a “kitchen sink” beer, but to find the corners of brewing that may have not yet been explored. Some of the more faddish corners are relevant for a period of time but not for the long haul. We’re in it for the long haul.”

Jason Armstrong, co-owner and VP of Sales and Distribution for Buffalo Bayou in Houston, Texas (and former National Sales Rep for Stone Brewing), adds that “Innovation and creativity must be a consistent force when it comes to their beers. Consistency and quality must be another long term building block. Fans need to have the confidence that when they open one of their favorite flagship beers, it tastes as great as the last one they drank. Last but not least, the people that have become the face of the brewery. The employees that have helped shaped the company and become a fixture of the brewery need to be treated as such. It does show to the public that the brewery genuinely cares about its people.”

The lesson here may be that what keeps a seasoned brewery relevant may depend on that individual brewery and its core market. After all, there are so many different markets that most long time craft breweries operate in, that this causes many to modify their marketing and business plans based on each area. Sierra Nevada, Oskar Blues, New Belgium and Stone Brewing all have multiple breweries in the U.S., with Stone also opening a brewhouse in Berlin, Germany. This in and of itself might require a modification of any one approach. Regardless, the best way to maintain your relevance as a seasoned brewery can be summed up in one word says Stone Brewing co-founder Greg Koch “Innovate.” Point taken Greg. Point taken.

That Not So Fresh Feeling – Too Much Old Hoppy Beer On Shelves Yep, FWIBF is Still the Undisputed Champ