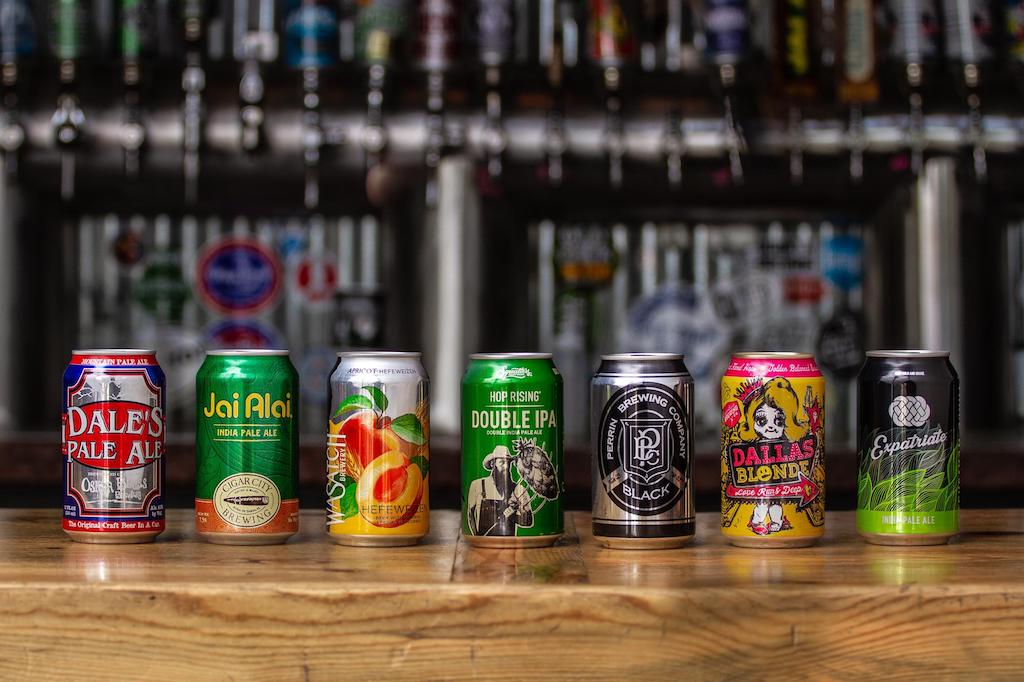 There’s this thing in my backyard, and my neighbors keep telling me it’s a duck, but I’m not sure. Let’s see what you think.

It walks like a duck, but so did a girl I knew in high school.

It has feathers and a beak, but the latest research says that some dinosaurs did too.

It quacks like a duck, but there might be someone in the bushes with a duck call.

What’s the thing in my backyard? Why, it’s CANarchy. You know, the “disruptive collective of like-minded brewers dedicated to bringing quality and innovative flavors to beer drinkers in the name of independent craft beer,” six breweries that maintained their independence while securing capital and management expertise that will allow them to expand into new markets and generally save the day.

Or, if you belong to the “walk, look, quack; it’s a duck” school of thought, it’s six breweries – Oskar Blues, Perrin, Cigar City, Squatters/Wasatch, Deep Ellum, and Three Weavers – that got bought by a private equity firm based near Boston, Fireman Capital Partners, in deals that look one hell of a lot like the ones concluded between breweries like Goose Island, Golden Road, and 10 Barrel and a large source of “equity” called Anheuser-Busch InBev.

Isn’t the CANarchy deal almost exactly like the The High End, the bought-up craft breweries in AB InBev’s stable? The only difference, it appears to me, is that AB InBev is a brewery, and Fireman Capital Partners is a private equity firm. You know, the kind of firm that many people referred to as “vulture capitalists” during the 2012 presidential campaign, describing Mitt Romney’s firm, Bain Capital.

But that difference means that the CANarchy and Artisanal Brewing Ventures clients still get to slap the Brewery Association’s “Independent Craft Brewer” seal on their beers, because the BA’s definition of a “craft brewery” includes this as the definition of “independent”: “Less than 25 percent of the craft brewery is owned or controlled (or equivalent economic interest) by a beverage alcohol industry member that is not itself a craft brewer.” [emphasis added]

The guys at CANarchy are even more open about their goals than The High End. You can read it on their website: “CANarchy’s goal is to be the #1 provider of American craft beer in a can by bringing value to distributors, retailers & beer drinkers.” Given the way cans are taking over craft beer (best guess by the Brewers Association is that cans are 20-25% of craft production, and rising), that’s ambitiously monolithic. Makes me wonder if The High End are a bunch of slackers.

Before anyone’s knickers get in a twist, one way or another, let me say this: I drink beers brewed by both “The High End” breweries and the CANarchy breweries just as much as I did before they were bought. I respect the decision of some to avoid such beers because of the buy-outs, but I expect them to respect my decision to drink these beers because they still taste good.

I’d also expect them to be honest with themselves when it comes to these “collectives.” For the individual brewers going into these deals, it’s still hooking up with a big wad of money and management expertise with the goal of coming out on top of the specialty beer market…and no longer owning your brewery.

I’m not saying either of these types of deals are bad for craft brewing in general, if only because craft brewing still seems to be ticking along just fine. But they sure as hell don’t seem to be that different, either, so if one of them is bad… If one of them does walk, look, and quack like a duck, well, they both do.

I didn’t like it 30 years ago when people told me I had to drink Budweiser because it was America’s best-selling beer. I wanted to drink beer with more flavor, that tasted different. I don’t like it now when people tell me what I should and shouldn’t drink because of any reason other than how it tastes.