email
History is hard to write and get right. Especially modern history. With the hindsight of years passed by, clarity can come fully into focus. You can see that the killing of an Archduke leads to World War I which leads to an economic collapse that leads to World War II. 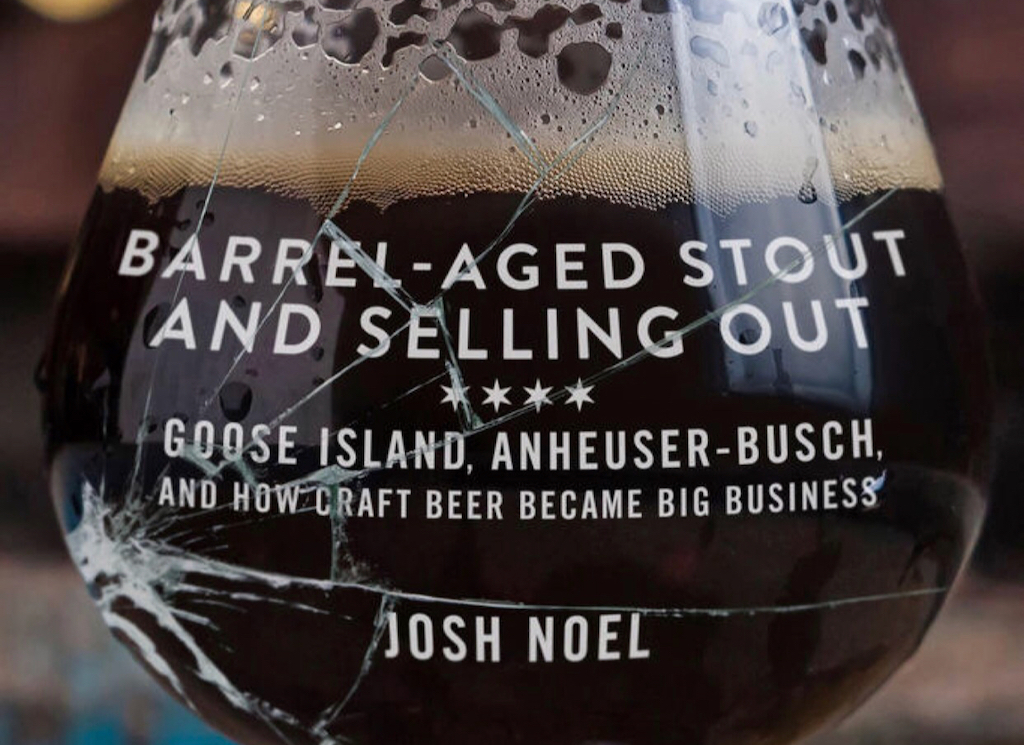 The sale of Goose Island to ABInBev is modern beer history and the impact of that sale on craft beer is still reverberating to this day but thankfully author Josh Noel has marshalled interviews across a wide spectrum to tell a riveting historical tale in Barrel-Aged Stout and Selling Out.

The narrative starts with the creation of Goose Island Brewing by John Hall and details the rapid growth and growing pains of the Chicago brewery in the early days of the craft beer revolution. Then we learn about Anheuser-Busch as it begins life under InBev, the Brazilian/ Belgian big beer corporation.

Inevitably the two combatants and storylines collide and the first domino in a new beer war is toppled.  Nine other breweries fall into the High End before the book concludes.

I have portrayed this as battle but Noel has kept emotions in check to write a thoroughly researched book.  That is no small feat. I kept wanting to root for my team. Team #IndependentBeer but Noel is writing the actual story that played out. He seems to have spoken to the entire Midwest beer scene.  Open minded beer lovers will see points won on both sides and the mistakes made by both sides as well.

Along the way you meet an eccentric band of characters (actual real people) who end up working at Firestone Walker or Side Project or Magnolia Brewing. You find out why the Goose was sold and why other breweries did not. You aren’t subjected to an economics class but you do learn a lot about the business side of the beer business. Marketing, branding and the very important distribution game.

Just to give a hint as to how fun this book is to read.  Within two chapters, less than 10 pages, you will learn that, “..confusion was a common defense tactic for Anheuser-Busch..”. That new Anheuser-Busch beers started in marketing and not the brewhouse and that they called beer “the liquid”. And that the precursor to the High End we know now had it’s beginning in the early 1990’s and was initially quashed.

What is especially impressive is that Noel has gleaned information from blogs and social media that actually moves the story forward and doesn’t bog it down in Tweet storms. The mysterious fake Goose Island PR Twitter account is one side plot that you just can’t believe you haven’t heard about before.  Not only will the reader rip through pages fast but, like me, I bet they will read the referenced sources page too.

In the end, what stays with you is the arc of John and Greg Hall.  The father-son duo that powered Goose Island and how their decisions laid what could be called the tragic groundwork for the eventual sell-out.  You start out rooting for them, then you question them and by the end you will have a full picture of their contributions, good and bad to beer.

This is a must-read history for any fan, casual or obsessed, of beer and I hope that Noel will re-visit this topic with additional reporting when the paperback edition comes out, because I selfishly want more to read.  You will better understand the battle for craft beer’s soul that began when Goose Island was sold when you close the last page of this book.

Sean Inman has been blogging about the Los Angeles beer scene since 2009 at the Beer Search Party blog.  www.beersearchparty.com. He has also written for Food GPS, Beer Paper LA and other sites.  He lives in Glendale with his wife, cat, ‘fridge full of beer and the hope that the Trailblazers will be NBA champions again.