How Does Firestone Walker Invitational Keep Drawing As Well as It Does? 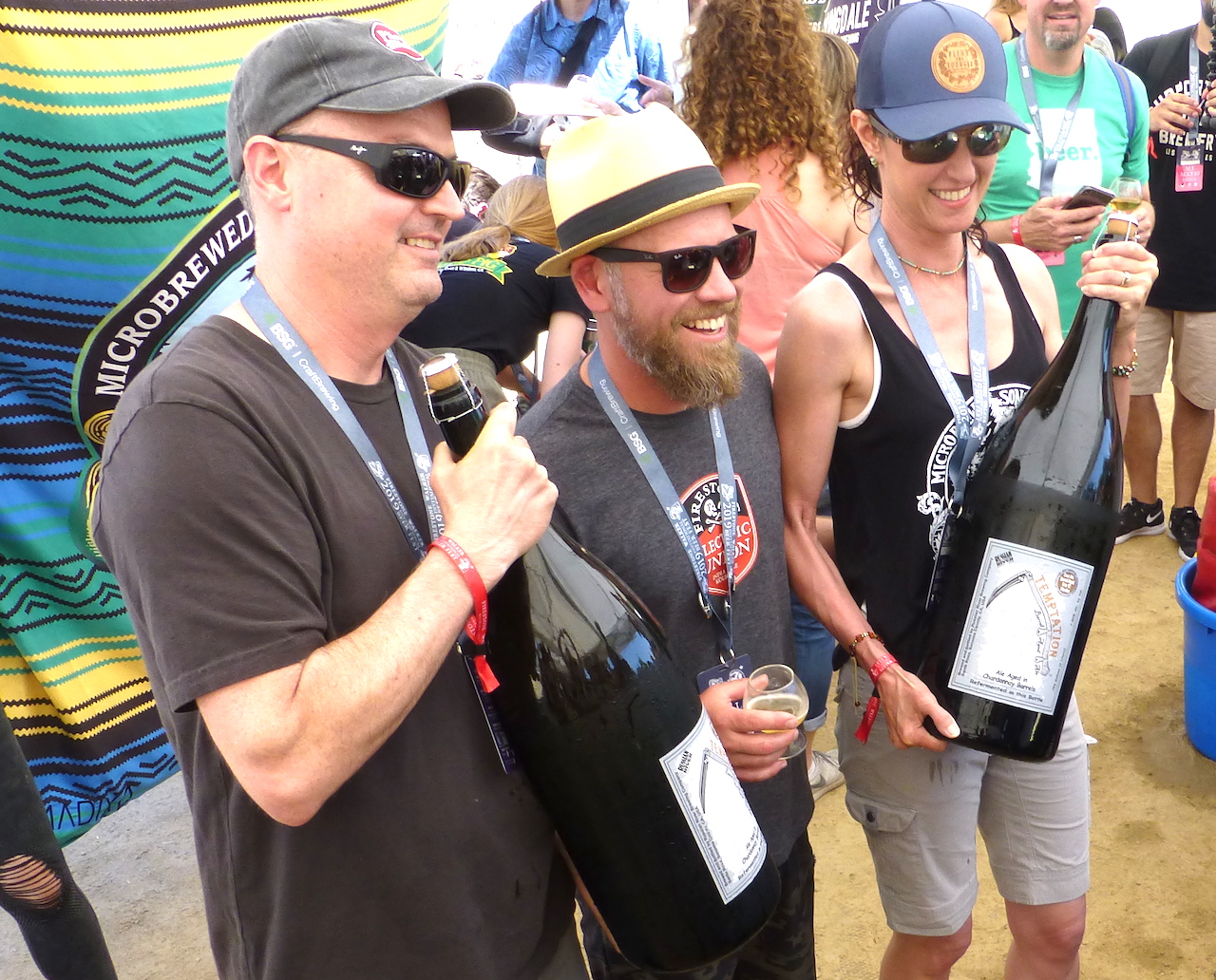 The 2019 Firestone Walker Invitational Beer Festival is a wrap and it just keeps on getting better. How exactly does this festival continue to keep drawing as well as it does year after year? We’ll fill you in on the magic behind this must-attend festival.

People who have attended a Firestone Walker Invitational Beer Festival say it’s one of the best festivals they’ve been at. Why? Paso Robles is not exactly the easiest place to get to. 200 miles from Los Angeles and 200 miles from San Francisco. The closest airport is in San Luis Obispo and is not quite the hub for cheap travel. Paso Robles is located in the heart of Central Coast wine country. Lodging and food can add up quickly. It’s also fairly toasty this time of year, which can make for some challenging drinking conditions. If my memory is correct, in 2013, the temperature hit 108 during the festival. Not exactly barrel aged stout weather.

So what does Firestone Walker do to attract so many loyal fans year after year? How about most things really, really well. The biggest factor, in my opinion, is the brewers who come from across the world to pour some of the most innovative, well crafted and sought after beers.

When do you get a chance to try beers from the likes of Great Leap Brewing (Beijing, China), Trillium Brewing (Canton, Mass), Monkish Brewing (Torrance, Ca) and Side Project Brewing (St. Louis, Missouri) all in the same afternoon. And that’s just a splash of what’s available.  Breweries from 7 countries as well as from 18 different States. Check out the entire list here.

It’s not just the attendees who love what Firestone Walker is doing, the breweries love this event as well.

Vinnie Cilurzo, Owner/Brewer – Russian River Brewing Company
“We’ve poured at every Firestone Walker Invitational and we are humbled that FSW has confidence in us to continue to deliver interesting beers for their event.  From the first fest, they have done an exceptional job of taking care of the brewers that attend.  This is very much appreciated by myself and the rest of the attending breweries.  Beyond the fest, there is a lot of other events that FSW puts on.  This has become a gathering of international craft beer industry friends which also makes this a fun event.  Finally, the level of craft beer appreciation from the attendees is fantastic!”

Cory King, Owner/Brewer Side Project Brewing
“It’s a world-class festival full of world-class brewers. It’s an honor to be invited. But the reason they get such an amazing group is that this festival is a well-oiled machine, they do everything they can to take care of the brewers and breweries and have turned it into more of a reunion of brewers and a party with fans instead of a day of work and just another festival.”

Side Project had some of the longest lines, but fans were often greeted by Cory, walking the line with bottles of beer that he poured out as fans waited to reach the brewery’s tent. This kind of brewery hospitality by Side Project, as well as other breweries,  is not lost on the attendees.

Matt Brynildson, Brewmaster for Firestone Walker invites the breweries he wants at the festival. He leads the way by providing them with insane hospitality. This includes hanging out at the local water park, brewers BBQ’s and “wine-down” brunch on Sunday after the event.

“I throw a party every year at my house on Thursday before for anyone (breweries) who can come to town early. We typically end up with 100-120 people, fire up the pizza oven and have a casual evening networking before the big event. I think the opportunity to network with some of the best craft brewers from around the world – knowing the head brewer or owner is going to be there – is a real drawing point. It’s why I go to events like Mikkeller’s and Pils and Love. There is a lot to learn and a lot to catch up on.”
-Matt Brynildson, Brewmaster

While Matt is taking care of the brewers, Veronica Krall, the Special Events Manager for Firestone Walker and her team are making everything falls into place seamlessly.

“On a broad spectrum, we do whatever they want! They have random requests all the time like the Garage Project/Bruery joint beer offering needing a dedicated volunteer and the need to be placed as close to each other as possible to make it work, special faucets, special couplers, special pouring methods, within reason we take care of it. We also supply draft for ALL out of state and country participants so they don’t have to travel with that stuff. We try to make it easy for them to just show up and have a good time!”
-Veronica Krall, Special Events Manager

This festival celebrates the brewing community that so many of us fell in love with as much as the beer itself. Firestone Walker treats the breweries right, and in turn, the fans get an incredible afternoon of beer. Having attended many of these festivals, I have to say this is the event that other festivals should be striving towards.  This is what beer is all about.

Sixteen Massachusetts Breweries That Need To Be On Your Radar Session Beer Is Not A Fad, It’s Awesome