Bell’s Brewery first released their iconic 10% ABV HopSlam Ale Double India Pale Ale in the early 2000’s. Alot has changed in the craft beer world since then. In the early 2000’s there weren’t near the amount of craft beers available as there are now. And in addition, there wasn’t countless craft breweries that had a large distribution area like Bell’s had. So when Bell’s Brewery released the small batch, ridiculously hopped with a touch of Michigan honey, double IPA HopSlam Ale, it hit the beer world like a bomb. 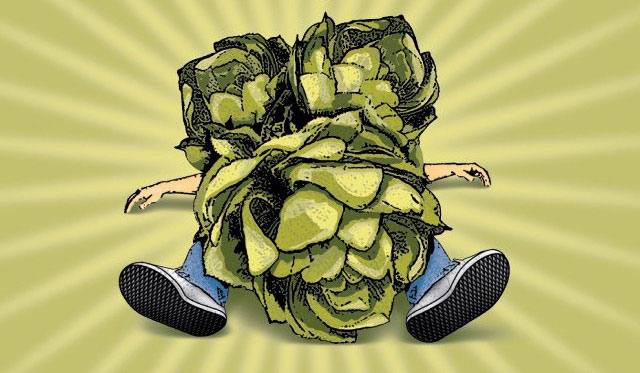 Finally, there was an exceptional IPA available to the masses unlike the infamous Pliny the Elder or Heady Topper. Not only could they buy it in stores, it was available on tap at pubs, bars, and taverns. People went crazy for this beer. Not only was the availability of HopSlam pivotal to its rise in popularity, the approachable and easy drinking flavor profile of this beer created fans out of those who, more often than not, avoided IPA’s. In the first few years of production, this brew was a novelty of sorts. It was a beer that could be enjoyed by long time craft beer drinkers as well as those new to the culture. Word of mouth spread and more and more people were searching it out at release time.

Now, over 10 years since HopSlam Ale first hit the market, there have been many impacting IPA’s released including Cigar City’s Jai-Alai, Lawson’s Sip of Sunshine, Stone IPA, Troeg’s Nugget Nectar and so on. IPA’s range from Pine to Pineapple in their flavors, ABV’s range from 3.5% to over 11%, are brewed with everything from peppers to coffee beans. One can barely turn around without running into another new IPA creation. But are those beers going to have the staying power that HopSlam Ale has had on the masses of craft beer drinkers? That remains to be seen.

The early impact of HopSlam Ale on the brewing world has fueled its popularity. The beer flies off the shelves now, sometimes clearing a store out in under an hour. Prices have gone as high as $25 per 6 pack a few years back; though it now averages around $15-$18 per pack. Despite the continued increase in demand, Bell’s has not increased production. In keeping production low, allocations to each distribution area becomes more limited. Is this limited availability furthering the hype of this beer as one you “must” have to say you are a true craft beer aficionado? Are people rushing out to get this beer due to the flavor profile and positive reviews of it being an enjoyable beer? Or are they just rushing out to get it to say “look at me! I got some and you didn’t!”?

What can be said right at this moment is it doesn’t look like HopSlam Ale is going to be fading into the background anytime soon. Though there has been a large percentage of people that feel the beer is more Hype than actual quality, there are just as many saying it isn’t the hype and history that keeps HopSlam at the top. HopSlam Ale remains at the top of people’s want list because the beer is just that good. That being said, it is good, but is it good enough to go crazy over and rush around town trying to find a can or 4-pack or a pint on tap? That’s for you to decide. Just remember, if you don’t get it this year, don’t cry. It will be around next January!

Stacey Lynn Juston has been involved in the world of finely crafted liquids for over 10 years, actually drinking them longer than that. Follow Stacey: @thehoppyspirit on Twitter and Instagram, Stacey Lynn on Facebook and at www.TheHoppySpirit.com

Oh Beer, Where Is Thy Nip? Craft Beer Guide to Ann Arbor, Michigan