The 7 Best Beers By The Bruery

Our friends at The Bruery are in the middle of celebrating their 7th Anniversary. It’s amazing how fast time flies, and even more amazing at how many experimental beers The Bruery has made in the span of seven years. 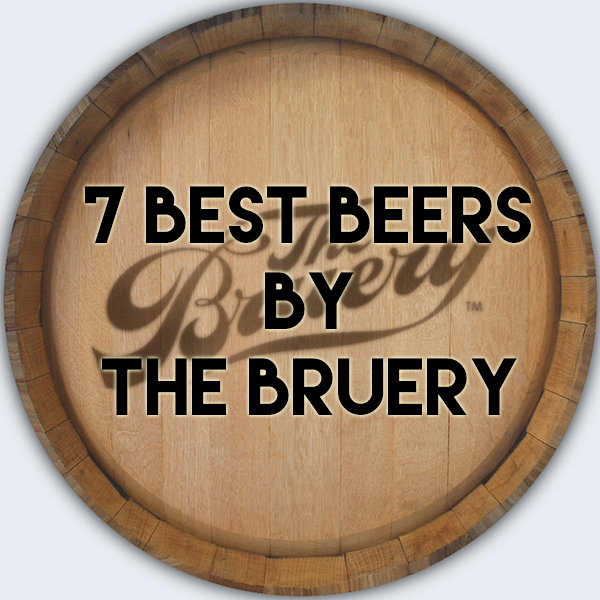 While not every beer has been my favorite, most of them have been very good, and there have been a few that have a home in my beer filled heart.

In honor of The Bruery’s 7 years, here’s a LIST of The 7 Best Beers by The Bruery!

Melange No. 3 – I remember having one of the first batches of this beer and thinking “Wow, this is better than Bourbon County Stout.” Years later, I still feel this way.

Filmishmish – Fell in love with this beer immediately. Perfectly executed and ranks up there with other world class apricot sour ales. I wish The Bruery would figure out how to make more of this and put it into regular rotation.

Humulus Lager – The Bruery has stated time and time again they will be not making an IPA. The do however make a fantastic IPA-like beer in Humulus Lager. It’s an 8% cloudy, smelly, dangerously drinkable hoppy lager. This one has to be enjoyed at the source or via growler fill. (Edit: We’ve been informed this is distributed to The Bruery’s nationwide accounts.)

Sans Pagaie – Like Filmishmish, this is close to being a “Cantillon Killer.” Easily the best rendition of a Kriek made in the United States. Sweet and sour cherries for days!

2 Turtle Doves – My favorite from the 12 days of Christmas series, and obviously in my top 7! Rich chocolate covered walnuts with some herbal hops is my fond memory of this beer.

The Wanderer – The Bruery makes some killer dark red sours. While I love Oude Tart and Oude Tart with Cherries, Wanderer gets the nod as best in class. This was originally a SOOOPER RARE one off made for City Beer Store in San Francisco. Since then, this has been brought back and I am hopeful it will be made again one day soon.

Saison Tonnellerie – Crackly, dry, slightly tart and lip smackingly awesome. It’s sad this was snuck into the preservation series and didn’t get a big round of applause. It deserves it.  I’m rooting for this beer to make it’s return. You’ll thank me.