When I first got into visiting brewery tasting rooms, I quickly began meeting like-minded people. People who were really into beer and beer culture. I learned a lot about different beer styles, homebrewing, beer trading, trolling on beer message boards, upcoming festivals, trends and so on. 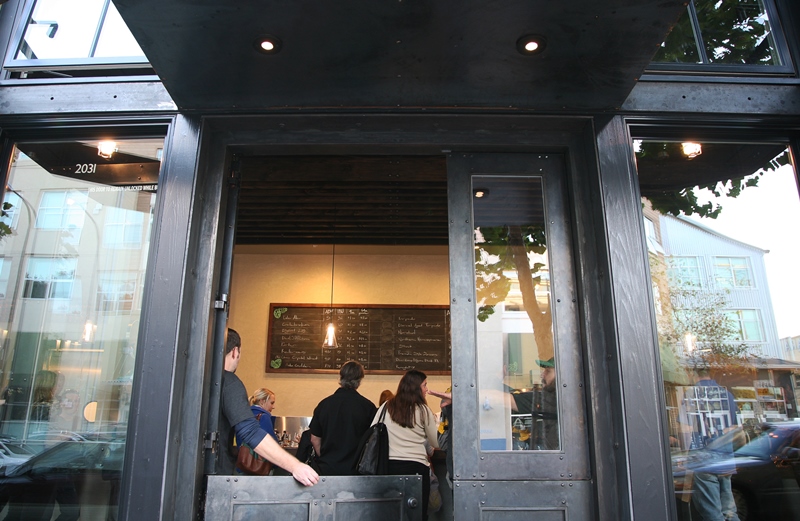 Another thing that quickly caught my attention was that the customers of the local tasting rooms in my area would always bring a tote bag with a few special bottles with them.  As some of these new breweries got more popular and more crowded, I would notice people would start rolling in coolers, and next thing you know, there was a full on bottle share happening.  Similarly, there has always been a tradition of bringing bottles to share when standing in line for a brewery only bottle release. While sharing was the main theme going on, there was also a vibe in the air that pointed to one-upmanship.  I may be speculating, but that was how I felt.

For a few years, I too would participate in this sub-culture of craft beer. While I consider myself to be more of a leader than a follower, I wanted to fully embrace the culture, so I would also bring in bottles whenever visiting my local tasting rooms.  Everyone loves a good bottle share. Being able to sample dozens of beers that would otherwise take tons of effort, all while taking down notes and discussing whether or not the beer was worth the hype was fun and educational for me.

The one day it hit me!

I had this overwhelming notion that bringing in outside beer to a tasting room selling beer at the level others were doing seemed extremely rude and inconsiderate. I can only speak for what I saw a few years ago when I was in the thick of it, and what I hear is still happening these days.

Think of it like this: You want to host a fancy dinner for a group of friends. You want to prepare a prime rib roast with all the trimmings. Three of your friends show up. “Hey, we just got back from crabbing, here’s 20 pounds of crab and a couple pounds of butter, let’s dig in.” They are essentially stealing your thunder and not considering the time, love and effort put into that dinner you’ve been preparing.

Because I also consider beer an art, another analogy that comes to mind would be to show up to a concert in the park and begin listening to other music on your headphones.  Having what amounts to a planned gathering with other brewer’s beer in the brewer’s tasting room is doing just that in my view.

Besides the opinion that you might be offending your host and not purchasing their goods (the whole point of going to a brewery tasting room), if you have any taste in beer, you are probably in a tasting room with some amazing, fresh beer.

Another point to consider is you might be adding to the tasting room staff’s workload. I know when I was in the thick of this, often times, extra glassware was provided, and more trash was accumulated due to empty bottles.

I know there are still some “sharing with the community” aspects to bringing special bottles into a tasting room, but to me, the nuisance and lack of consideration outweighs the goodwill.

Are you one of the people who bring bottles into tasting rooms to share? Are you a tasting room staff member? We’d like to hear your opinion on this.