RIP Stone Sublimely Self-Righteous, You Will Be Missed

Sad news made it’s rounds this month, and was verified yesterday by Stone Brewing Co., that Sublimely Self-Righteous Black IPA FKA Sublimely Self-Righteous Ale FKA Stone 11th Anniversary Ale is being retired from the portfolio due to low demand. Along with Stone Levitation Ale, we can expect to see stock dwindle down to none by the middle of spring.  While I will not miss Levitation Ale, and let’s be honest, that beer’s days were numbered the minute Go-To IPA came on the scene, I am very sad that Sublimely Self-Righteous Black IPA will be no more.  Stone gave us fans a ray of hope, as plans for Stone Enjoy By Black IPA is in development, it will be a beer that will be on my mind whenever I visit the Stone Company Store for a few tastes, and definitely on my mind when I am sampling a mediocre to decent Black IPA made by someone other than Stone. 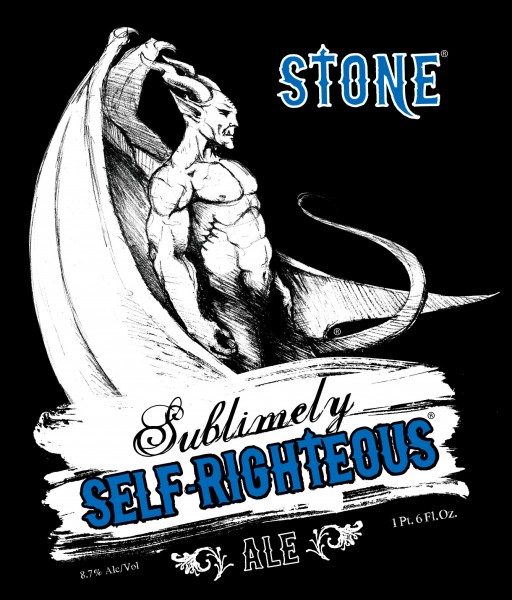 Here’s a little history and perspective on the king of Black IPAs:

Back in my day!

Right around the same time The Full Pint was born in 2007, Stone Brewing Co. was gearing up for their 11th Anniversary. Unlike today, it took moderate effort to get our hands on non-core beers from Stone. As soon as we got the chance, we snagged many bottles of Stone 11th Anniversary and were amazed. At that time, there weren’t any products on that market, at least that we were aware of, that were called Black IPA.  The first thing that amazed me about this near-black beer was that if you closed your eyes, you would think that you were jamming your face in a bag of hops, and more specifically, jamming your face dead in the middle of the most perfect, aromatic double IPA. Needless to say, the beer was stunning not only because of how great it tasted, but for how the beer deceived your eyes and mouth. 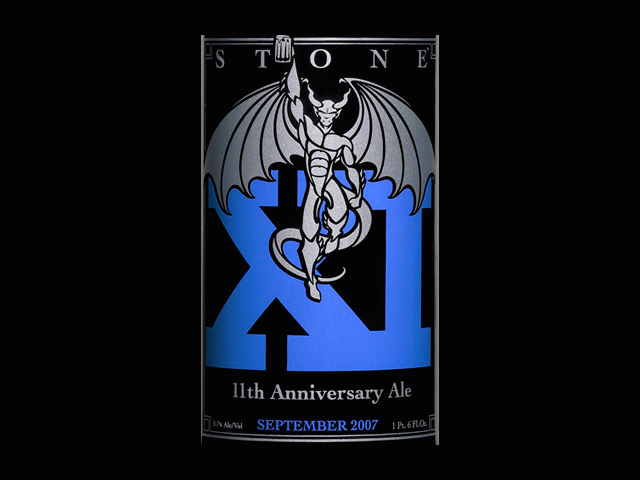 The feedback on this beer must have been great, as Stone rebranded this beer and made it an “Occasional” release in 22 oz. format.  Then came the great fad of Black IPAs. Seemingly every brewery wanted to take a stab at this style. Threads on top of threads on the major beer message boards would beg the site admins to deem Black IPA a style. Beer fanatics in Oregon even tried to take credit for the style by coining the style name Cascadian Dark Ale. This fad picked up so much steam that it became an issue for beer judges.  After all, the P in IPA stands for Pale. There is nothing Pale about a Black IPA.

Stone, in effort to poke a little fun at the fad, while still showing all who’s the king of the style, brewed Stone 15th Anniversary Escondidian Imperial Black IPA. Before the fad aspect of this style started to die down a little, many more Black IPA products hit the market, only the variation from one brewer’s interpretation of the style was so drastic, one glass of this beer would be hoppy and dank, some were nothing more than a herbal porter.

As craft beer’s boom cycle began, brewers and retailers took notice that IPAs are outselling other popular craft styles like hefeweizen and Belgian ales. All of a sudden IPA was a great gimmick to sell more beer. This brought upon the White IPA fad, the Red IPA fad and as of this writing, the Session IPA fad. Put IPA on the name and watch it sell like hot cakes. Black IPAs are still around, but not buzz worthy like they once were.

Stone continued on creating, innovating and expanding their portfolio of hop heavy ales.  Once released occasionally, Sublimely Self-Righteous Ale and OAKED Arrogant Bastard hit year round status a few years after they joined the lineup.  An early sign that SSR wasn’t selling as well as it tasted was that Stone added a format of the beer so that consumers could by a 4 pack of 12 oz. bottles. In 2012, Stone Enjoy By IPA and RuinTen were added to the mix along with a the momentum building Stone Collaboration Series and other one off goodies. The luster of the Black IPA began to wayne, and Sublimely Self Righteous Ale started to get lost in the shuffle. 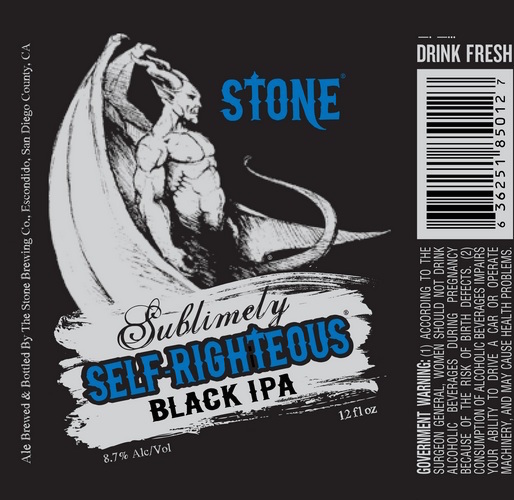 After hearing the news it will be discontinued, I was sad but not surprised. While the beer is tops, Stone has so many stronger products, and have distracted fans from their core offerings with new special release after new special release.  Per Stone’s blog, they will be paying homage to their own Black IPA making skills by creating Stone Enjoy By Black IPA. It will be interesting to see what other legacy beers drop off due to the shiny new offerings they are pumping out.