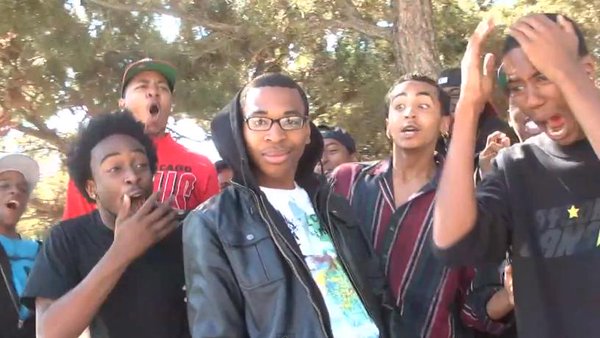 In every hobby, there is always a group of overzealous enthusiasts. In the case of the fanatical beer enthusiast, there’s plenty of hyperbole whether they love a beer or brewery or like to throw major shade at a brewery. Even before Internet memes were hot, the nerdiest of beer nerds compiled somewhat derogatory memes against some of the most popular beers in the country. Whether it be to drive down a trade price or pump up a local offering, some of these memes have lived on for years now. Feel free to share ones we missed in the comment section.

Here are some of the biggest craft beer disses, along with a little bit of a back story.

9. Flat Tire!! – The beer that put New Belgium Brewing on the map without a shadow of a doubt is Fat Tire. It’s a easy going yet complex amber ale that you can find on tap at most mainstream bars and restaurants across the country. Anyone who has graduated outside of gateway craft beers or those who have yet to make it to craft beer will immediately pull the FLAT TIRE dad joke out of their back pocket. Is the beer flat? No. Is the beer poorly made? Not even close.

8. Do you want an Upland Sour? Nah, I want to keep the enamel on my teeth! – Upland Brewing Co. of Bloomington, Indiana was one of the early adopters as far as U.S.-made barrel aged sours. There was a good moment where they were the hottest beer on the trading block, but then a few batches came out… funky. With some higher levels of acidity and some notes of acetone. Since then, Upland has completely polished and revamped their barrel aged sour program, it might be one of the best in the country, however there are still plenty of jerks online who will go for this low hanging fruit.

7. Flat Abbey! – It’s a time-honored tradition to pile on Lost Abbey. It’s no secret they have had their issues with their barrel aged offerings over the years. In years past, they have dealt with gushers and, sometimes, completely still bottles of strong ale. If you mapped out their track record and looked at the maturity of their barrel program when some of these flubs surfaces, you’d understand this is normal for barrel aging in a young brewery. Still, every time Lost Abbey has a bottle release, there is some old timer right there to make that tired old Flat Abbey joke.

6. Alpine* – Alpine Beer Company was regarded as one of the best small breweries in the world four years ago. Locals worshipped every drop of beer that came out of their tiny, kitchen-sized brewery. Then, Green Flash bought them and attempted to scale up the magic in their Miramar San Diego based production facility, and attempted to recreate that magic on a larger scale. While the Green Flash-brewed beers weren’t bad on their own, they were night and day different from the beers made at Alpine proper. To this day, whenever Alpine announces a release of Nelson or Duet or any of their storied favorites, someone will throw out the Alpine* to question where the batch of beer was made.

5. Did you get your barrel aged Bud? – Goose Island Brewing has been making Bourbon County Brand Stout for over 20 years to many fans’ delight. Things got weird when they sold to AB-InBev in 2011. Most fans of BCBS stayed loyal to the beer despite their ideals because of how much they like the beer, some felt betrayed and crusade against it. Every November, there will be a ton of posts looking to trade or flaunt the beer, and those posts will be met with a handful of “Har har you mean Barrel Aged Budweiser.” I am in full support of not supporting ABI products but am not fully in favor of played out jokes.

4. Yeah, if you like rubbing alcohol! – Dogfish 120 Minute IPA is one of the most fabled craft beers in history. It’s labeled an IPA, it has a swinging alcohol by volume from 16-20+ % ABV, depending on batch, and half of its fan base swears you should age it. One thing many of the geekiest beer drinkers agree on is the beer is boozy af. The most popular quip for this beer is that it has a very apparent level of ethyl alcohol, especially when fresh.

3. That Bruery Beetus – The Bruery is famous for two things: their barrel aged Belgian beers (Saisons and Sours) and their extra strong adjunct beers. They grew an empire out of a few business parkway units by selling these beers to a very focused, well paid audience who couldn’t get enough of them. Some of them have grown up and forgot where they came from and like to throw shade on those strong adjunct beers at The Bruery. Knowing what I know from working with The Bruery over the years, the last thing they do is make under attenuated, sugary beers. While Black Tuesday is an 18-20% beer, it is pretty dry. There might be a perception of sweetness, but all you have to do is read the bottle to see what dessert adjuncts are in the bottle to see where the flavors are coming from.

2. 3 Floyds Dark Lord MORE LIKE SOY SAUCE AMIRITE? – In the early 2000’s, Three Floyds Brewing created a massive cult following by brewing a monster coffee imperial stout called Dark Lord. They put a catchy label on it, waxed it, and made it into a music and beer festival that gets bigger and crazier every year. Well after years of getting very high scores on Rate Beer and BeerAdvocate, and other beers becoming the new darling, there were lots of negative comments claiming the beer’s flavor resembles soy sauce. I have had the beer fresh, barrel aged, and cellared. The beer fresh is very sweet and has a nice coffee presence. Its awesome barrel aged and with vanilla added. The beer does pick up some umami notes when it starts the oxidation process (think closet aged), so while you can turn this beer into soy sauce, out of the gate, it’s anything but that.

1. MaltSlam – While most breweries have a Double IPA in their year-round lineup, Bell’s Brewery has kept some mystique and magic going for over a decade by releasing their coveted HopSlam Double IPA once a year beginning January. By all accounts, the beer lives up to its name with a crazy hop aroma and plenty of flavor and kettle hops. Trends have changed a lot with hoppy beers since 2004, and Double IPAs have become easier to get and lighter bodied. HopSlam also proudly states it’s made with honey on the packaging. With that said, grizzled geeks can’t help themselves but scream “You mean MaltSlam?” when referring to this beer. Let’s break this down for a minute. It’s a double IPA, so it needs substantial malt to get to that 10% level. Then there’s the honey myth. Bell’s isn’t squeezing packets of honey into every can of this beer, they are using honey as a fermentable, which dries the beer out, not the opposite as some geeks may think. I’m sure Bell’s has a good laugh at this one, a good laugh all the way to the bank. It sells out in most markets as soon as it drops.