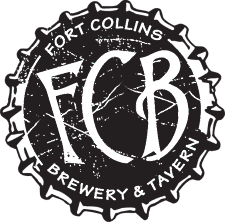 At 7.0% ABV, the Belgian-Style Oud Bruin includes a blend of fresh and aged ale. “Oud Bruin incorporates three different beers at different stages, one that has been soured for 21 months in barrels, another that’s been souring for a year, and one that has aged six months but without souring agents,” said FCB Brewer Taylor Krantz. “The six month fresh ale balances the sourness from the aged batches. The result of the blended trio is a harmonious meld of flavors that creates a complex sipping beer.”

In addition, Fort Collins Brewery has reserved a portion of the beer and will continue to add fresh ale to the aged beers to replenish the batch, making Oud Bruin the beer that keeps on giving. “A fun fact about this style of beer is that for all future releases, there will always be some portion of original beer in it,” said Krantz.

While most beers are best enjoyed fresh, the Savor Series is a line where vertical tasting and cellaring is encouraged. In order to extend the shelf life of Oud Bruin, the beer will be can conditioned in a temperature controlled facility allowing for flavor characteristics to evolve and take shape. “During this process, a secondary fermentation will take place in which yeast will consume any oxygen carried over from the packaging process,” said FCB Operations Manager Thomas Barnett. “The final product will be a virtually oxygen-free, naturally carbonated beer that will cellar exceptionally well.”

Wait, there’s more! To celebrate the long awaited release of Oud Bruin, the Modern Tavern at FCB will host an “Art of Aging” beer dinner on September 22nd at 6pm. The three-course dinner will be paired with aged craft beer proving that all good things are worth the wait. To RSVP, visit beer-dinner-fcb.eventbrite.com.

FCB’s Belgian-Style Oud Bruin will be available on draft at the Modern Tavern this Thursday. Eager fans will find this adventurous beer in participating restaurants, bars and liquor stores in the following weeks.

About FCB and Modern Tavern: Fort Collins Brewery & Tavern is a family-owned, handcrafted microbrewery and full service tavern in Northern Colorado, established in 2003. FCB offers an outstanding lineup of 50 ales and lagers that can be found on tap as well as in bottles throughout the U.S. FCB is a 2015 GABF® Gold Medal Winner for Oktoberfest in the Dortmunder/German-Style Oktoberfest category. For more information, visit fortcollinsbrewery.com or call 970-472-1499. Brewery tours run Monday – Friday by appointment and Saturday from 12 – 4 p.m. (at the top of the hour). Create – Share – Savor