NOLA Brewing to Celebrate a Double Release of New Beers!

(New Orleans, LA) – NOLA Brewing invites you to celebrate the release of “Hoppyright Infringement,” a new year-round beer, and “Dryades,” the newest member of the Funk Series. The free release party will also feature live music, a whole hog from McClure’s Barbecue, and games and prizes on November 10, from 5pm-9pm at the brewery. 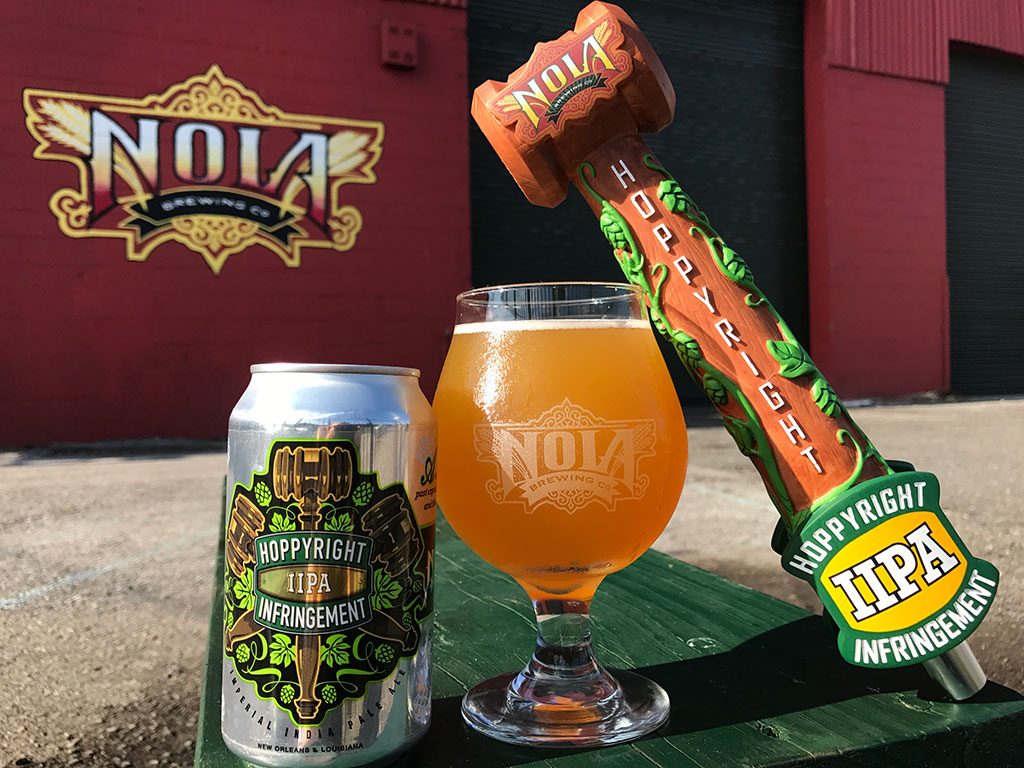 “Our original IIPAs have such a storied past we didn’t want to end the beer without replacing it with a better recipe and a relevant name,” says Kirk Coco, CEO of NOLA Brewing. “We feel like we are moving forward with an even better beer that will move in the market, while still paying homage to our experiences with Hopzilla. “

The second beer being released is the latest member of the NOLA Funk Series. Dryades is a sour brown ale aged for over 12 months in oak barrels with plums and cherries. This sour finishes with a hint of chocolate, is sour and dry, and hits at 5.5% abv. Featured on the label is Big Chief Monk Boudreaux of the Golden Eagles to represent Dryades Street and its historic location as headquarters for New Orleans Mardi Gras Indians. 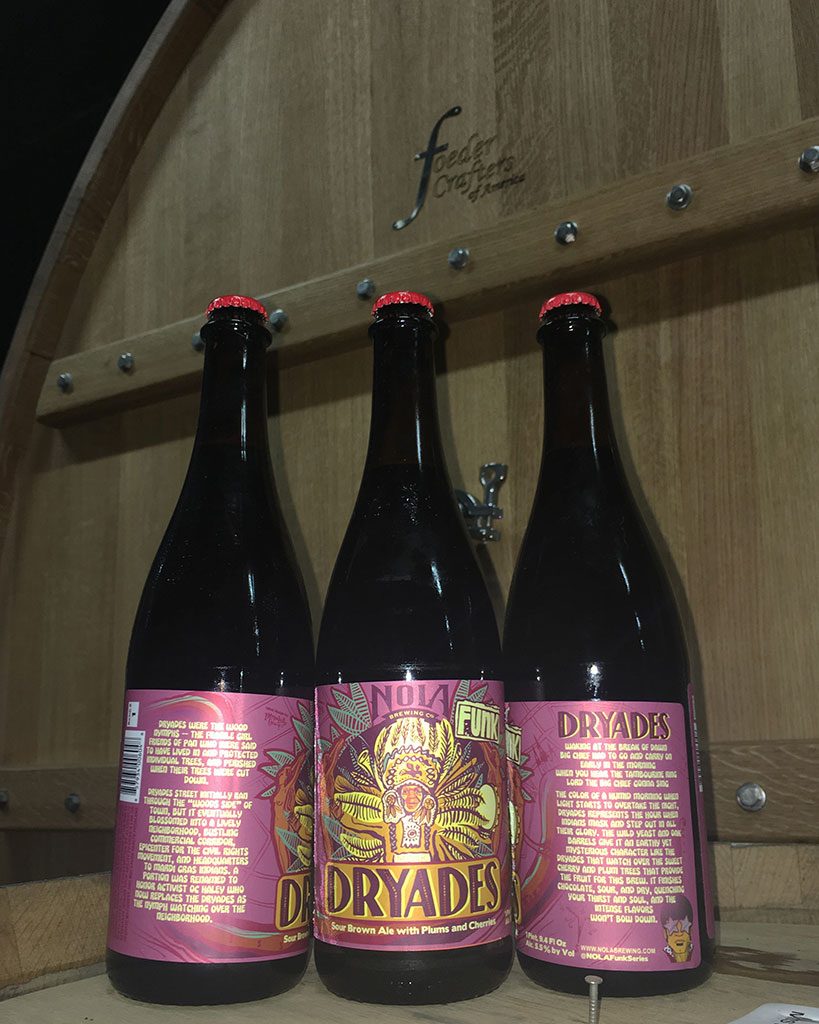 “We are so grateful to Big Chief Monk Boudreaux for allowing us to use his likeness to honor the rich historical culture and significance his tribe has for our city,” says Coco. “We hope this Funk release helps tell the story of Dryades as the epicenter for the civil rights movement and our beloved Mardi Gras Indians who help keep the funk alive in New Orleans.”

NOLA will be serving a wide variety of standard and specialty NOLA beers on their 24 taps, as well as releasing Hoppyright Infringement in cans and Dryades in 750 ml bottles To-Go. Mecha will be available in the market and in the NOLA Brewing Tap Room in cans and on draft until sold out.

Nola Brewing Company crafts beer for introductory craft beer drinkers AND the experienced craft beer lover. The company’s passion for quality and crafting beers that they themselves want to drink translates into great-tasting beers, made from choice malts and hops brewed with over 30 years of experience. However, the company goes beyond just developing great beers. Heavily entrenched as a thread in the fabric of New Orleans, NOLA Brewing Company brews a cultural experience within each glass.