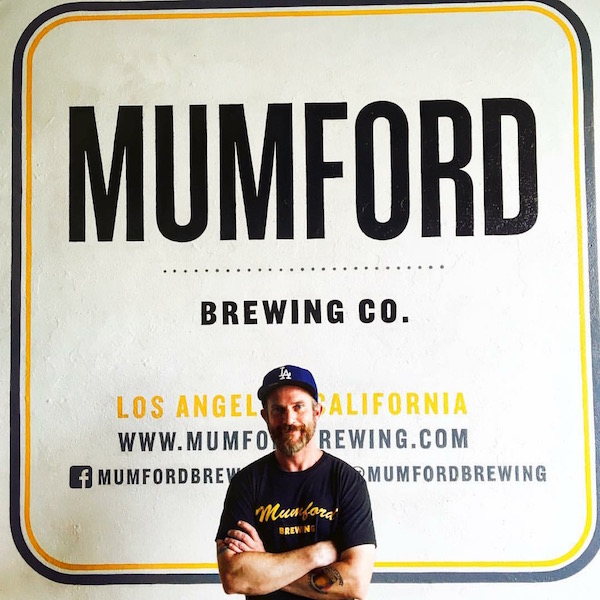 Mumford Brewing is a Los Angeles-based, family owned and operated microbrewery that has built a solid following during of beer lovers during its first year of business and become a staple in the DTLA beer scene.

Mumford focuses on creating a variety of beers with an eye toward a wide range of New American styles, which includes plenty of hoppy offerings, along with a handful of Belgian influenced styles as well as seasonal and experimental ales.  Mumford has an on-site tap room where their current offerings are available for people to enjoy on-site as well as fill up to-go.  You can also find their beers on draft at Los Angeles bars and restaurants.

Details:
In honor of the occasion, we will be releasing our limited edition 1st anniversary beer, “Great Uncle George,” a massive bourbon barrel aged Russian Imperial Stout (13% ABV). We will also have music and food trucks on-site.
Ticket holders will receive the following:
– (1) Bottle of Great Uncle George (500 ml)
– (1) Custom t-shirt (live screen printing by our friends from HIT + RUN)
– (1) Branded tasting glass
– (5) Taster pours of your choice (including limited edition beers released for anniversary party)
– Guaranteed + Priority admission
ADDITIONAL INFO:
– All ticket purchasers and ticket holders must be 21+.
– Only ticket holders will be entitled to the above listed items.
– The event is open to the public, subject to capacity. Full and half pours of our regular beer line-up will be available, but no flights or taster pours for non-ticket holders.
– Ticket purchase is not required to attend the event.

Tickets for the anniversary event are available for purchase on Eventbrite and in person at the tap room.*
https://www.eventbrite.com/e/mumford-brewing-one-year-anniversary-june-12-2016-tickets-25573175055?aff=ehomecard