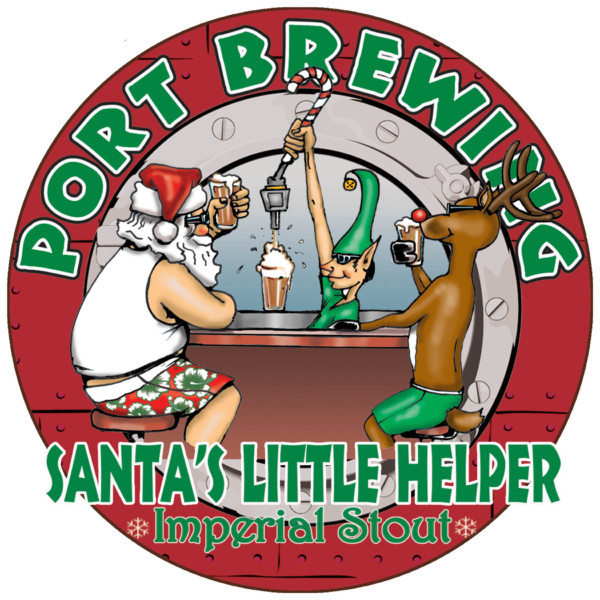 This year, Christmas in July will be free admission, but if you’re a more nice than naughty and bring a toy (valued at $15 or more) for Toys for Tots, you’ll receive a wristband for 5 tasters (which will include specialties). If you forget a toy, you can donate $15 to receive the wristband as well with proceeds to benefit Toys for Tots.

The Port Brewing and Lost Abbey “Giving Tree” will also be making an appearance, for an extra donation to Toys for Tots, you’ll receive a gift from the tree. Gifts can include rare bottles, Port Brewing / Lost Abbey gear, tickets to our legendary Barrel Night during San Diego Beer Week as well as other goodies. Giving Tree tickets go on-sale Thursday, June 30th at noon at shop.lostabbey.com.

All of The Lost Abbey and Port Brewing’s full core lineup of beers will be available, plus a few specialty taps will be available (more info to come). Besides the fat man in the red suit (who will be available for pictures throughout the day), we’ll also be celebrating 8 years of releasing a Bourbon barrel-aged version of our Imperial Stout, Santa’s Little Helper. A robust beer with tones of sweet malt, dark cocoa and notes of deep bourbon, Santa’s Little Helper is the perfect accompaniment to fruit cake during a California Christmas in July.

About Port Brewing / The Lost Abbey / The Hop Concept
Founded in 2006, Port Brewing and The Lost Abbey produce an extensive line-up of continental and American- inspired ales and lagers. Under the direction of visionary brewmaster and co-founder Tomme Arthur, the brewery has garnered dozens of awards including the 2007 Great American Beer Festival Small Brewery of the Year, The 2008 world Beer Cup Champion Small Brewery and the 2013 Champion Brewery at the San Diego International Beer Festival. The company’s beers, many of which are aged in oak barrels for 12 months or longer, are universally recognized for their complexity, unique flavors and bold boundary-pushing styles. For more information, contact Port Brewing / The Lost Abbey / The Hop Concept at 155 Mata Way, Suite 104, San Marcos, CA 92069, telephone (800) 918-6816, and on the web at www.LostAbbey.comhttp://www.lostabbey.com