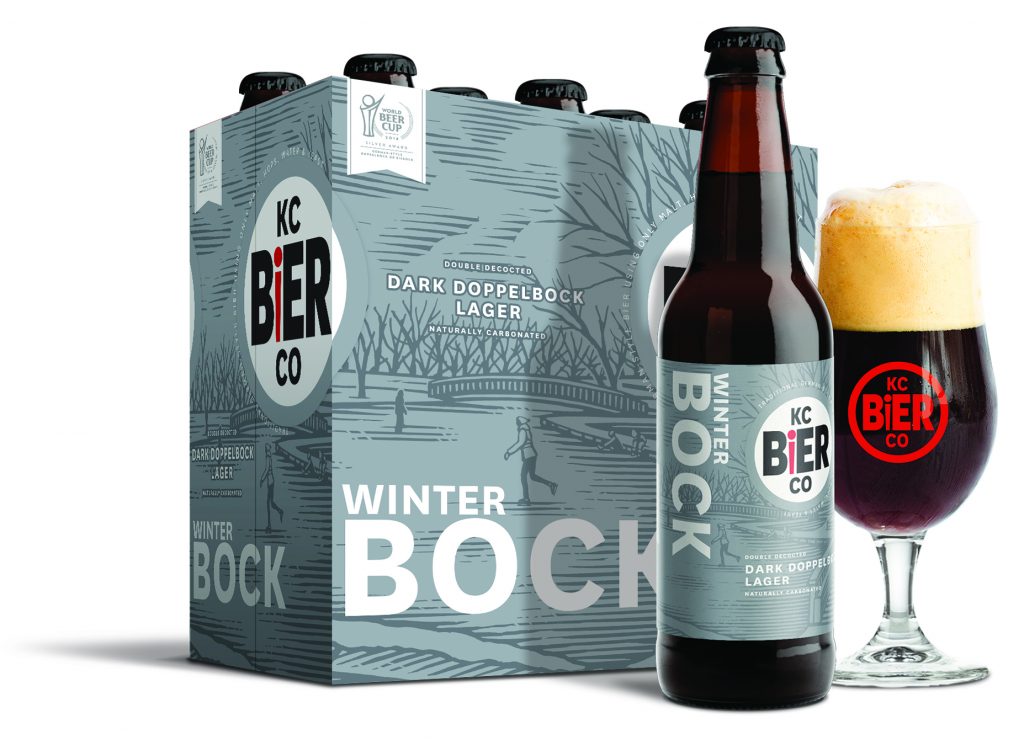 A silver medal winner in the German-Style Doppelbock category at the 2018 World Beer Cup® — the most prestigious beer competition in the world — Winterbock is a dark doppelbock lager that finishes at 8.25% ABV and 24 IBU. It also was awarded a bronze medal at the 2018 North American Beer Awards in May.

“Winterbock’s rich, complex and satisfying flavors are entirely derived from imported German malt and hops without the use of any adjuncts or added flavorings,” Holle said. “We went to great lengths to brew Winterbock in the traditional way; double decoction, two-vessel fermentation with a Bavarian yeast strain, natural carbonation, and eight weeks of cold lagering. We’re honored that the judges recognized the flavor contributions of these time-honored brewing methods that helped Winterbock stand out and receive a medal at the World Beer Cup®.”

Keeping with KC Bier Co. tradition, the bottle label and outer packaging feature an iconic Kansas City location that is part of the city’s historical and cultural heritage. Winterbock’s label and packaging showcase ice skaters on the frozen pond at the 75-acre Loose Park, one of Kansas City’s most popular and historical parks. Additionally, the label and packaging display the World Beer Cup logo and the Brewers Association Certified Independent Craft Brewer seal.

The brewery will celebrate the release of Winterbock in its Bierhalle on Tuesday, Nov 13 at a tapping party beginning at 5:00 p.m. with a winter meal including a new special menu item — beef short ribs with gravy and German-style spätzle — and a S’mores donut pairing provided by local donut purveyor Duck Donuts. The brewery’s traditional 2nd Tuesday jam session hosted by local musicians will provide the soundtrack to the festivities. Winterbock will be available in 6-packs of 12 oz. bottles and on draft from November 12 through mid-February throughout the brewery’s distribution territory.

About KC Bier Co.
Since 2014, KC Bier Co. has pursued a simple mission: to brew authentic-tasting German-style bier with the same character, flavor and freshness as the bier brewed and consumed in Germany using only imported hops, barley and yeast and traditional German brewing methods. The largest locally-owned brewery in Kansas City, KC Bier Co. offers its bier in its Bierhalle and Biergarten at 310 W. 79th St., in the Waldo neighborhood of Kansas City. Select year-round and seasonal biers are available in six-pack bottles and on draft throughout the Kansas City metro area and in select markets in Kansas and Missouri.