From Victory Brewing – The first special in the series, Agave IPA with Grapefruit, will be released on January 1, 2016 and is brewed with four variations of American hops that juxtapose strong and bitter aromas against agave and grapefruit additions to create a light, citric bite. The ale is fresh, crisp and bracing, reminiscent of a ripe, ruby red grapefruit. The sweet agave syrup provides a perfect foil to the tartness of the grapefruit resulting in a juicy winter fruit beer. 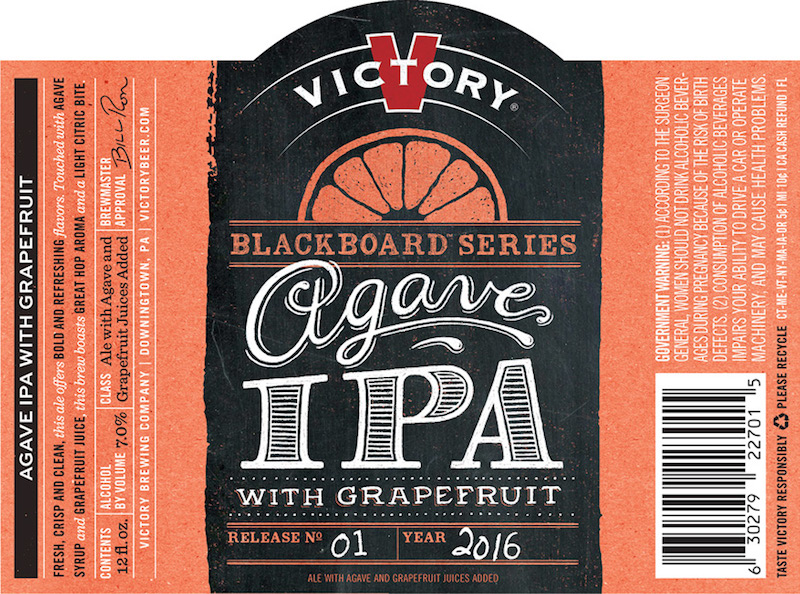 Overall:  I don’t appreciate Agave sweetener, and tequila isn’t high on my list of spirits, so I was a little timid going into this beer just on my crazy imagination. With all that said, I enjoyed this beer.