Sierra Nevada Brewing has brought back the Beer Camp Across America variety pack, collecting 31 respected craft brewers around the country to collaborate on 6 different beers.  Somehow I missed out on 2014’s offerings, I was able to sit down and taste all six beers this year.  Please read along as I share my tasting notes and thoughts on each beer, I will say that I was pleasantly surprised that they all had their own character and didn’t just taste like a tweaked Sierra Nevada beer. 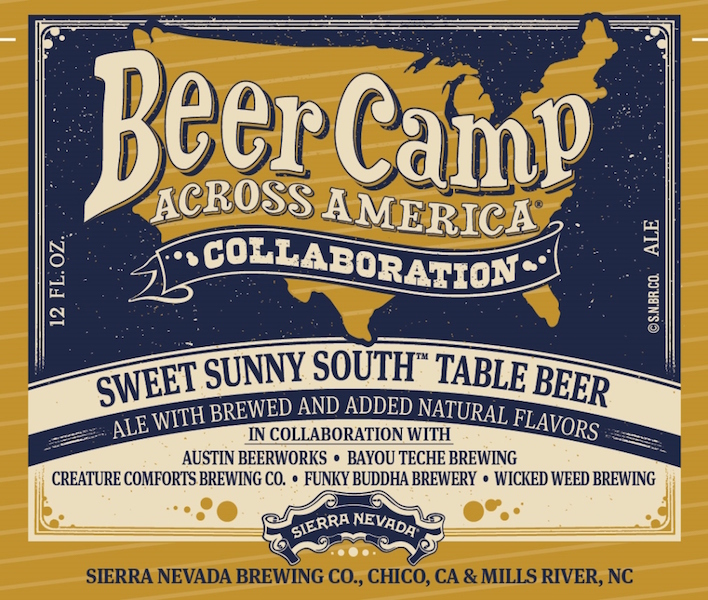 The south holds strong to its traditional flavors–tea, honey-sweet peaches, and corn grits–so we looked at those culinary cues for this southern-inspired table beer. With a golden grainy malt body and complex tangy finish from the fruit, tea, and herbs, Sweet Sunny South is perfect for sultry summer sipping.

Appearance:  Pours a dark copper with a slight haze and no head.

Overall: Pretty dank for a little beer like this. 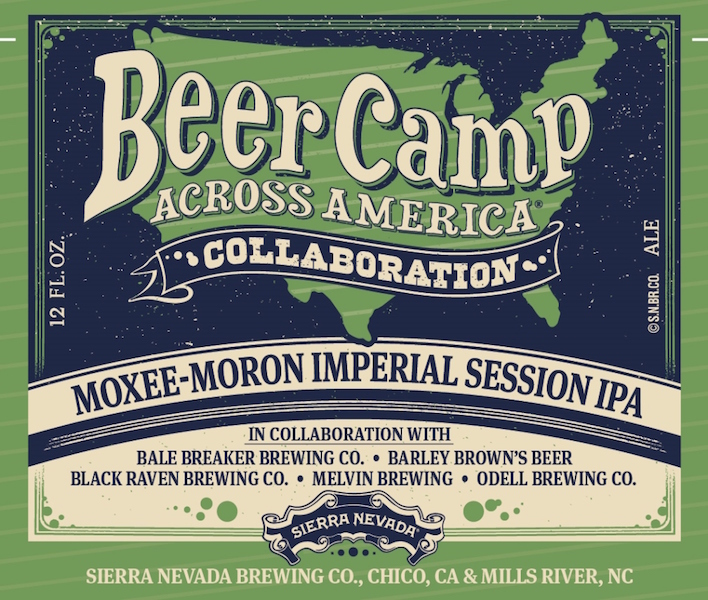 The city of Moxee, WA, is in the heart of the Yakima Valley hop growing region and this Imperial Session IPA—a style contradiction—honors the Pacific Northwest’s hop-bomb heritage. Moxee-Moron features hops in the mash, the kettle, the Hop Torpedo, and the fermenter for ultra-complex hop aromas and flavors in an ironically named package. Brewed with Simcoe, Mosaic, Citra, and experimental hops. 7.5% abv.

Appearance: Pours a clear copper orange with no head.

Overall: This is a great beer. Tons of aroma and flavor without the classic hop bitterness we are used to with Sierra Nevada beers. 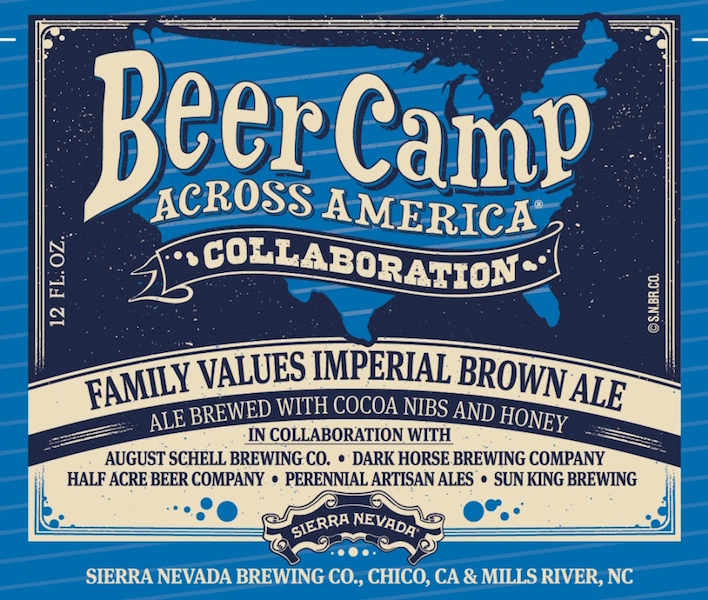 Overall: For a style of beer I wouldn’t normally go after, and haven’t enjoyed in the past, this was perfectly executed and really tasty. 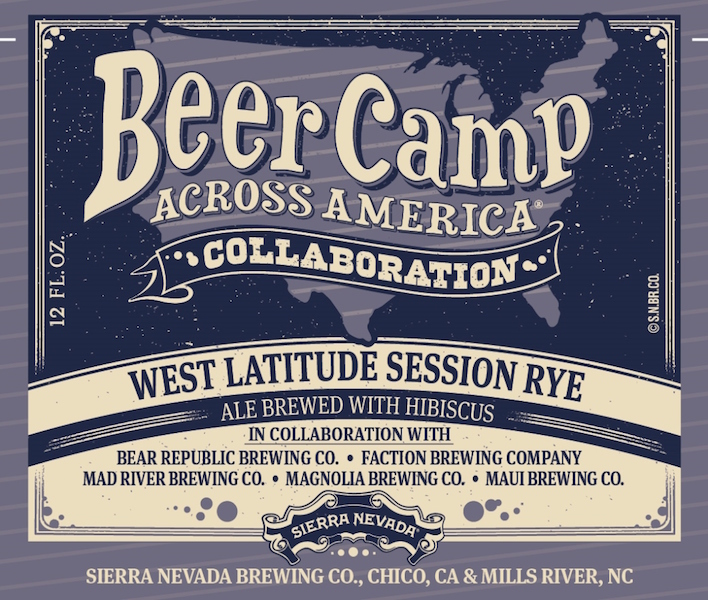 West Latitude combines our Californian Left Coast love of fruity hops with a touch of Hawaiian “aloha” from the addition of hibiscus flowers, all anchored by robust malts and spicy rye. This session beer is light in body but looms large, like the long shadows of a westward setting sun. Brewed with Centennial, Citra, Comet, and Mosaic
Appearance: Pours dark red. After the pour the head flattens to a ring of white around the edges.

Overall:  A fairly tasty beer, not my favorite in the bunch. 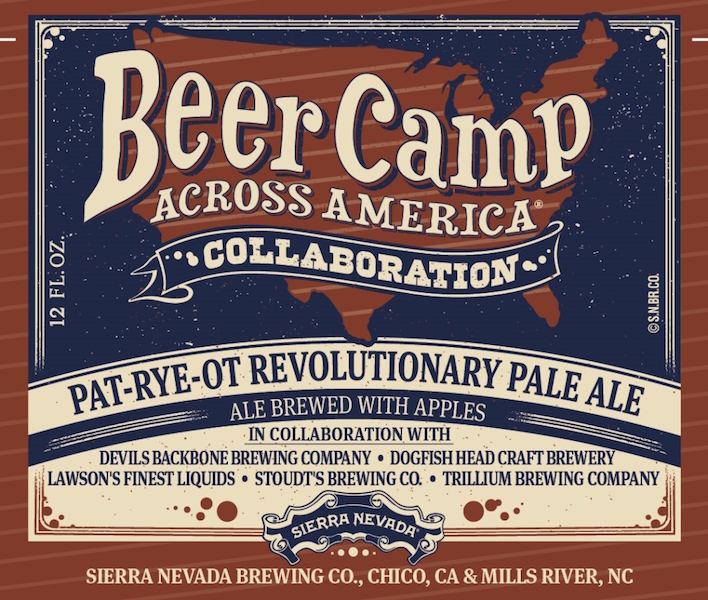 Pat-Rye-Ot is an “old-meets-new” take on a pale ale by brewers all located in the original 13 colonies. It features rye and apples, which were among the first ingredients used by American brewers in the colonies, alongside bold American hops—hallmarks of our modern craft beer “revolution.” Brewed with Cluster and Experimental hops.

Aroma: Tangerine,lemon, dank bud. Lots of all those things. Simcoe and lemon peel.

Overall: This and the Moxee-Moron have been the standouts thus far. This is awesome. 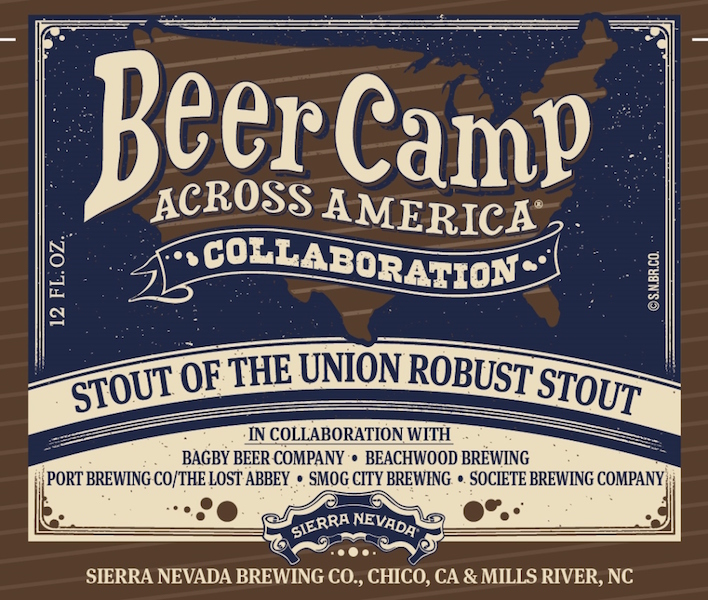 This stout hails from the land of sun, sand, and surf and proves that beach beer doesn’t have to be light and delicate. Stout of the Union is rich, roasty, and full of deep malt flavor, creating a union of like-minded brewers together through beer.

Appearance: Deep brown with a khaki head that falls to a 1/8″ cap.

Overall: A damn perfect stout from some of the best brewers in the world. It’s funny to

Disclaimer: We have partnered up with Sierra Nevada Brewing to help spread the word about the 2016 Beer Camp Across America beer festival tour. The article above is not sponsored content or endorsed by Sierra Nevada.