From SweetWater Brewing – Take Two Pils is a step into an alternate reality for SweetWater, a head-first dive down the rabbit hole into the Wonderland world of lagers. The adventurous golden blonde German style pilsner is brewed with a mad hatter’s dose of spicy floral hops. It’s beautifully Bohemian in body, earthy in soul and it’s moving low. Go ask Alice, I think she’ll know. Call us in the morning! 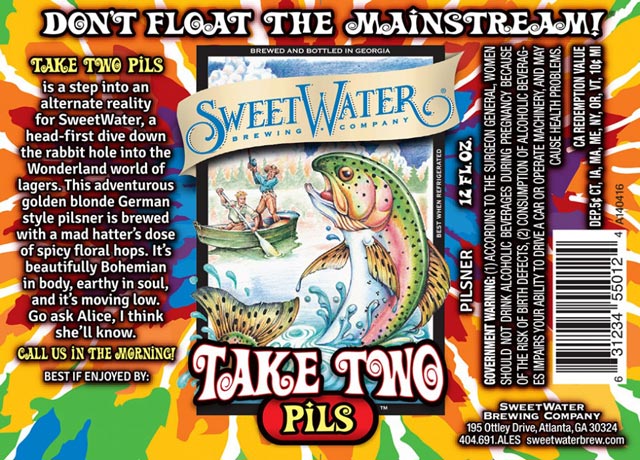 Mouthfeel:  Medium bodied. Anything but watered down.

Overall: A fantastic crack at a traditional lager. Tons of character packed into this small beer. I like this far better than Road Trip.