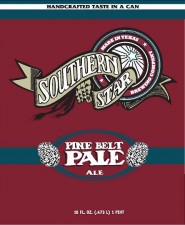 Appearance: Pours a cloudy amber with a fluffy beige head.

Overall: I was really surprised at how good this is. I hate to be influenced by the Dale’s Pale Ale that popped into my head, but there is more to the similarities besides the can.