From Samuel Adams – This Double IPA is brewed with a blend of American and Australian hops and is packed with fruity citrus and pine notes for a bold hop finish. 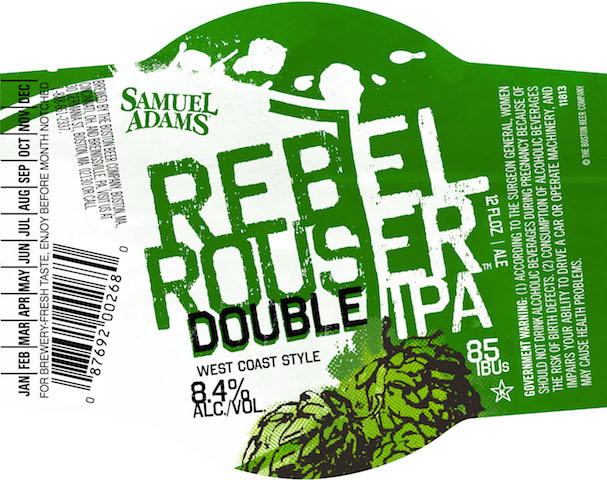 Taste:  A nice saturation of hop flavor on the tongue, padded by toasted and caramel like malt. Finishes with lingering bitterness. Alcohol is well hidden.

Overall: I had my doubts going into this beer. Between Jim Koch’s stance on the “West-Coast Style” and Rebel IPA being so underwhelming, I was not expecting much. I was pleasantly surprised by this showing. While it’s no Heady Topper or Pliny The Elder, this holds it’s own against many Double IPA offerings, and high on the “East Coast brewed Double IPA” list for me.