If you’ve never had the opportunity to try one of Wiley Roots’ County Fair Cobbler beers, I highly urge you to seek them out. Though “Milkshake Sour IPA” doesn’t sound very appetizing, these are some of the most unique tasting beers I’ve tried in recent memory. See my earlier review for the Blueberry & Lemon version.

I’m sampling this from a 16oz can with an easy-to-find packaging date that’s part of the original label artwork rather than printed on separately. Into my glass, Raspberry & Rhubarb County Fair Cobbler (“CFC” from hereon) is a fully hazy grapefruit juice color with quickly fizzling out, soda-like foam. There’s quite a layer of sediment at the bottom of the can that I intentionally left out.

The aroma explodes with a dizzying variety: strawberry shortcake, peach and mango sorbet, rich pie crust, ice cream, and even rosé wine. There’s incredible depth that will keep you going for hours. Flavor-wise, CFC is like three beer styles rolled into one: tropical hop focused hazy IPA, fruited Berliner Weisse, and spiced golden milk stout. It’s a crazy beer that hits you in every direction but somehow doesn’t go overboard. That’s because it is incredibly well-balanced. Acidity is matched with tannin, bitterness is matched with sweetness. And ample salty and fatty flavors from the pie crust side of things allow the fruit to really pop. Puréed raspberries give you this crunchy, vinous flavor like a rosé cocktail. There’s intense leathery fruit skin with firm tannic structure to bolster the bright vinous character. The sweeter dessert side of things creates a melted sorbet flavor that is other-worldly. It’s dripping with luscious strawberries, white peaches, and mango. It’s never cloying or sticky and maintains focus on incredible fruit flavors.

From the graphic below, you can easily that this version of County Fair Cobbler ticks practically every box giving you a symphony of flavors. It’s like the dessert course at a Michelin-star restaurant. 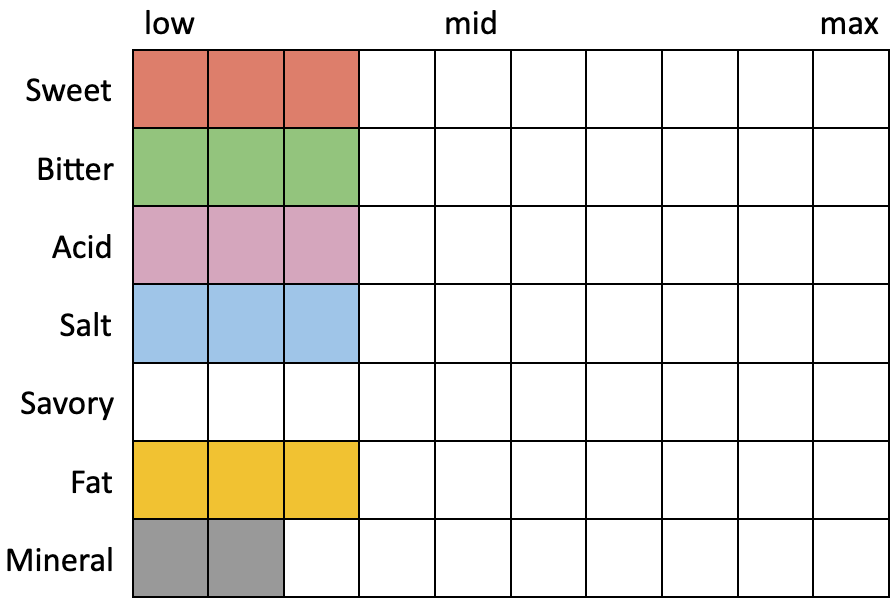 County Fair Cobbler may begin life as a hazy IPA, but after the souring process, intense fruit additions, plus milk sugar, graham cracker, cinnamon, and vanilla; this turns into a different animal. Like the other beers in the CFC series, this combines nearly every possible flavor element into an olfactory symphony. Far from tasting overdone or disjointed, the CFC beers, especially this Raspberry & Rhubarb version, are well-integrated and accomplish a flavor profile that we rarely see in craft beer: a sour fruit beer with bolstered sweetness and bitterness. The end result is superbly well-balanced and unlike any beer I’ve tried before. It’s miraculous…one of the best drinks I’ve ever sipped.

All other CFC beers including the imperial versions called State Fair Cobbler are highly recommended and very similar tasting. Sixpoint’s Party Piñata has a similar profile that I also enjoyed thoroughly.