Official description: Little Sip IPA quenches your thirst as you reach the summit of your favorite hike. It’s the beer you grab for the victorious celebration after you make a birdie on the golf course and it keeps you company as you mow the lawn. It never disappoints! We’re elated to announce and introduce to you the newest addition to the Sunshine family, Little Sip IPA. Little cousin to Lawson’s Finest flagship beer Sip of Sunshine IPA, Little Sip has a juicy, fruit-forward character layered with tropical hop flavors and bright floral aromas. Notes of grapefruit and pineapple complement this delectably balanced beer, with a crushable 6.2% ABV.

Lawson’s makes some of the best IPAs on the planet. My personal favorite is Chinooker’d IPA followed closely by Double Sunshine. Their most famous beer, Sip of Sunshine IPA is a Double IPA by technical terms at 8% ABV, which is confusingly the same strength as Double Sunshine. Then there’s a whole series of outstanding Session IPAs such as Super Session #7. That leaves a huge gap for a regular strength IPA. It took until this year for Lawson’s to finally fill that gap with Little Sip IPA. In keeping with Lawson’s unusual naming conventions, Little Sip is not a little IPA by any means. Its 6.2% puts it dead center in the world of IPAs.

Now, the beer community has been fixated on where these beers are physically brewed, which is a valid concern. Lawson’s flagship Sip of Sunshine is technically contract brewed out of Two Roads Brewing in Connecticut while Double Sunshine is brewed on location at the new Waitsfield, Vermont brewhouse, which I visited last year. Little Sip, you’ll be happy to hear, is also produced in Waitsfield.

I’m reviewing Little Sip from an unlabeled can that came straight from Lawson’s hence the use of the koozie in lieu of a label. The real cans have a beautiful sky blue color that distinguishes them easily from the yellow cans of Sip of Sunshine. On the bottom of the can is an easy-to-read canning date of 6/1/20, which puts this at about two weeks old at the time of review. Into my glass, Little Sip is mostly clear orange-gold with towering, beige foam that sticks around for at least five minutes before collapsing. The nose brings you ripe red mango, canned pineapple, and Valencia orange – arguably a bit more tropical and juicy than its big brother Sip O’.

It’s not until you get into the mouthfeel that Little Sip’s leaner ABV manifests itself. It’s just a touch dustier and slightly gritty compared to the fat, chewy body of Sip O’ Sunshine and Double Sunshine. But that’s the only price you pay for the lower ABV. The hoppy component is still vibrant and centerstage. Green mango peel, orange rind, and ruby red grapefruit burst forth with lingering herbal bitterness. But Little Sip never tastes unbalanced. Its moderate sweetness allows the fruity hop flavors to pop whilst giving the beer a moderately thick density. Persistent, higher carbonation also boosts Little Sip’s quenching ability. In the finish, there’s the slightest tang reminiscent of sourdough bread. 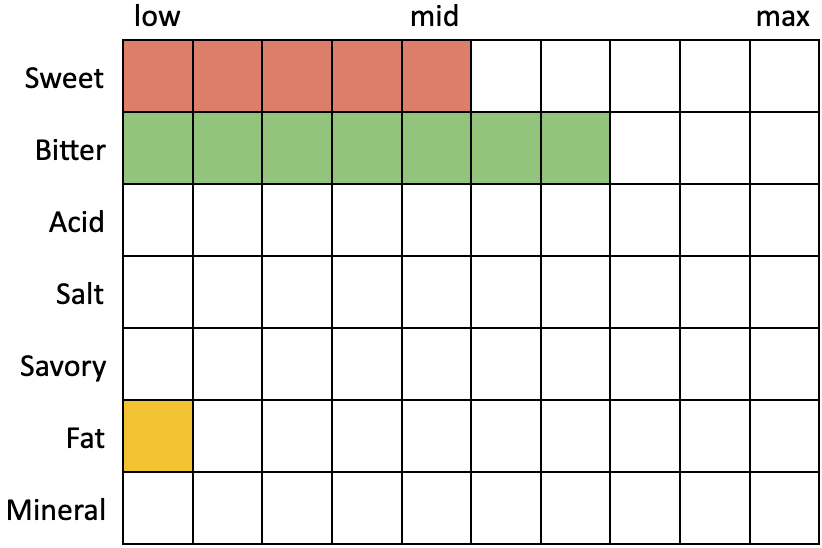 Little Sip is quite the achievement. This beer absolutely nails the clear, modern IPA style. It’s bursting with tropical fruit in both aroma and flavor with powerful but not overdone bitterness. Little Sip is more drinkable and far more refreshing than its bigger Sip of Sunshine and Double Sunshine counterparts. It also has a way better mouthfeel than the Super Session series. Little Sip tends to disappear in the glass if you’re not paying attention. Its lower ABV and subsequent leaner body make this the perfect everyday IPA.