Official description [2018 Vintage]: Kriekenlaan is our spontaneously fermented beer adhering to the Méthode Traditionnelle standard. It was aged for 18-30 months in French oak barrels and then refermented on two pounds per gallon of Montmorency, Hudson, and Cavalier cherries for three months. 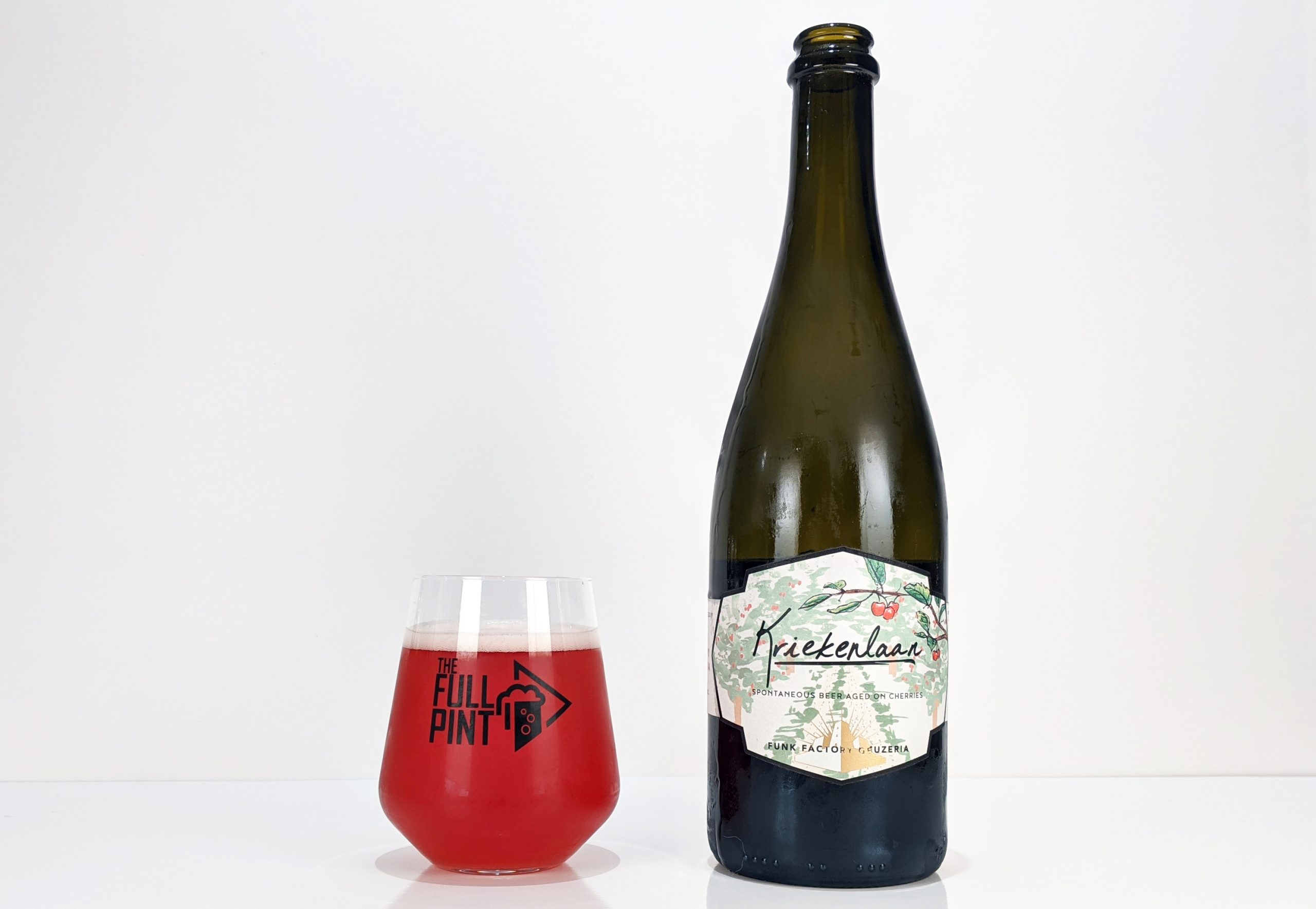 Funk Factory Geuzeria (Madison, WI) is the brainchild of Levi Funk. Most impressive is the amount of historical authenticity Levi brings to the modern spontaneous beer space. Many Funk Factory beers go by “meerts” (pronounced mertz): an all-but-extinct, spontaneously fermented, low strength style that was traditionally made from the second runnings of lambic and served fresh rather than barrel-aged. A blend of lambic and meerts was called faro. Though what’s left of faro these days is usually an abomination: lambic that is artificially sweetened and pasteurized. In contrast, Funk Factory’s version takes a real meerts beer and blends it with barrel-aged lambic – perhaps the only historically accurate faro on the market today. Last year, I was able to sample it at a beer festival and was seriously impressed.

Recently, I had the great privilege to try Funk Factory’s Bière de Coupage (a blend of foeder-aged saison and spontaneous beer), Kriekenlaan, and The Last Four Winters in Wisconsin (a blend of 1, 2, and 3-year spontaneous beer). I found the Bière de Coupage and The Last Four Winters in Wisconsin to be a bit acidic for my liking, though I deeply appreciated the latter’s leathery character plus intense tamarind and saltwater flavors.

Kriekenlaan, like several other Funk Factory beers, adheres to the Méthode Traditionnelle standard, which normally refers to Champagne and describes a complicated process for naturally carbonating the beverage. However, in this context, it refers to something entirely: the traditional method for making authentic lambic outside of Belgium. More than that, Méthode Traditionnelle is a society that has developed specific brewing standards, which can be found in the link provided. Beers adhering to the standards can put the society’s nifty logo on the label.

I’m reviewing the 2018 vintage of Kriekenlaan from a corked and caged 750mL punted bottle. Into my glass, Kriekelaan is a hazy watermelon pink color with hefty carbonation that generates a large but quickly dwindling head of fizzy, soda-like foam. Like many authentic Belgian krieks, Kriekenlaan has a strongly phenolic nose that verges on band-aid but softens up nicely to freshly baked cherry pie. Flavor-wise, you get obvious cherry plus juicy watermelon and even some saltwater and touches of vinegar/acetic acid. However, strong citric lemony flavors end up drowning out much of the rich cherry I was hoping for. Overall acidity, though, is tolerable and the finish is tart but still nicely refined. In the end, I think it hits all the marks for Belgian kriek: high carbonation, high acidity, moderate funk, strong phenolic cherry aromas, and cherry pie flavors. 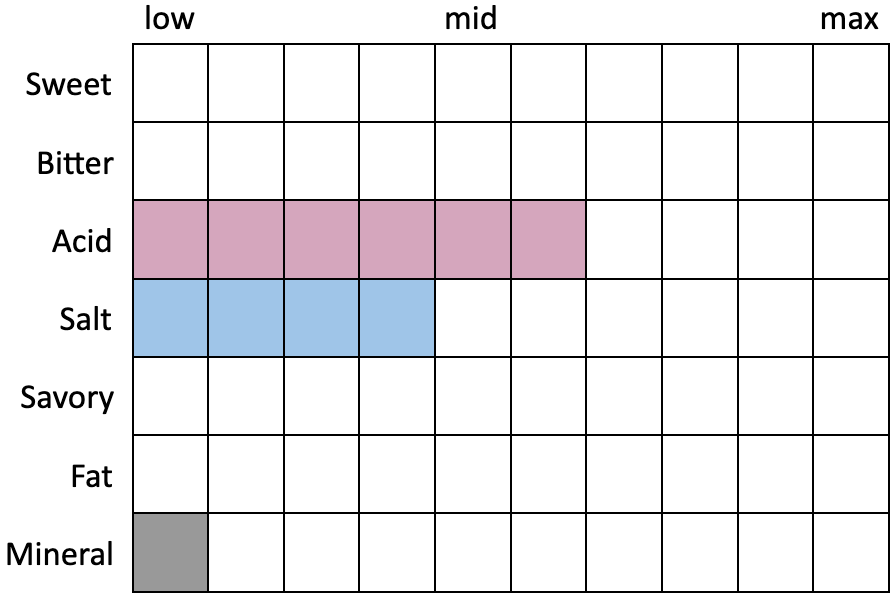 Kriekenlaan, like Funk Factory’s other sour ales, is an impressive feat of both historical authenticity and technical execution. I deeply appreciate Funk Factory’s attention to detail and mission to bring extinct beer styles back to life. With the three recent sour ales I tried (Bière de Coupage, Kriekenlaan, and The Last Four Winters in Wisconsin), I thought overall acidity was a bit high, making it difficult to appreciate the complexities of the beer. As I’ve said before in countless other reviews, I think a little blending magic (including some blending with non-sour, fresh beer) would make for something better balanced. The issue with that direction, however, is that it would no longer be an authentic lambic and may require pasteurization to keep the fresh beer from souring post blend. In a tasting session, Kriekenlaan is sure to wow. Sitting down with a whole bottle to yourself, as with any other lambic, could be a chore. Still, I highly recommend seeking these out, especially Funk Factory’s Meerts series as well as their stellar Faro.