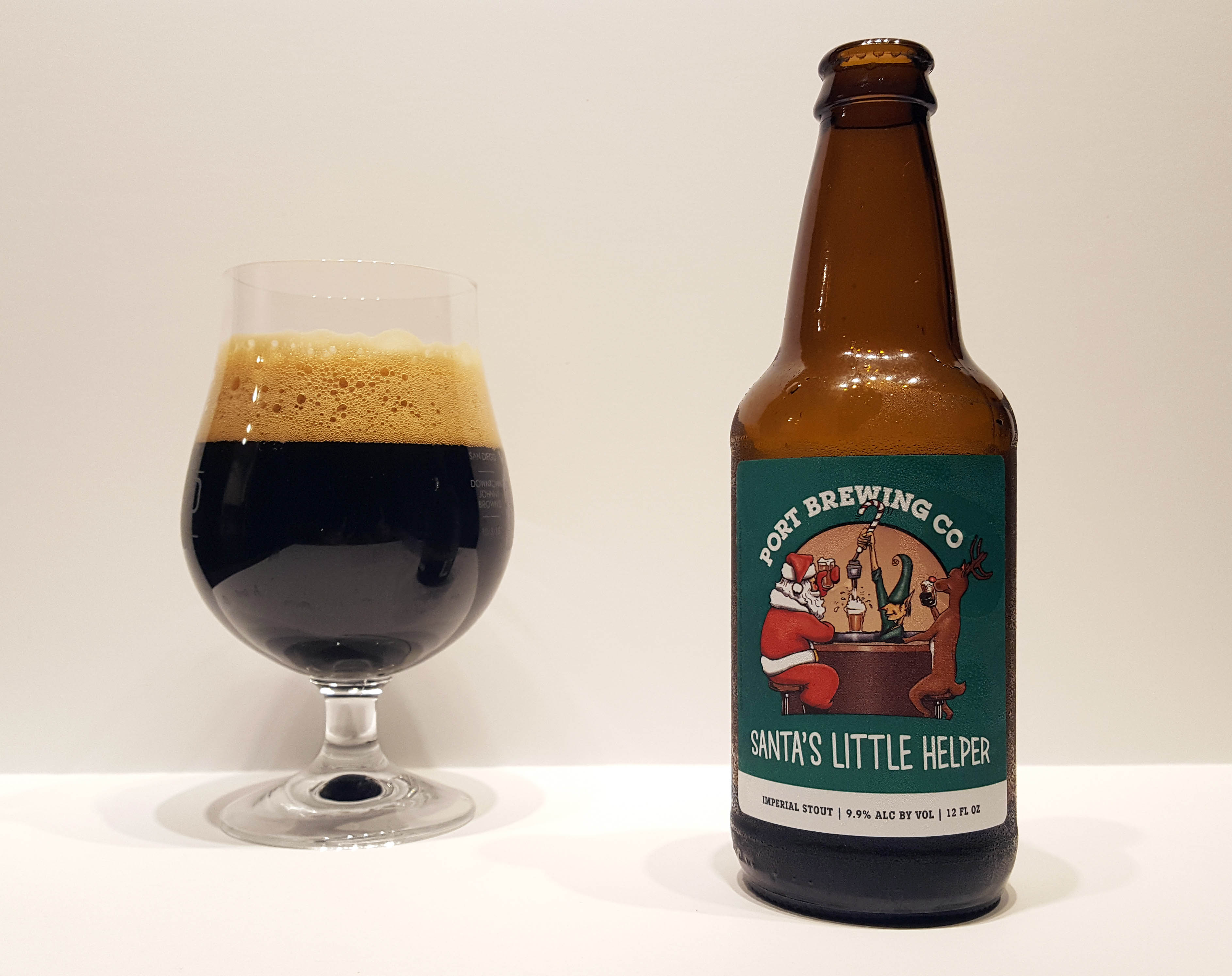 The very first thing I want to make clear to readers unfamiliar with this beer is that it is not a Christmas beer. There’s nothing Christmas-y about it – no cinnamon, no nutmeg, no cocoa nibs. This is just a good old-fashioned imperial stout that happens to be Port Brewing’s winter seasonal.

This classic imperial stout was previously only available in 22oz bottles since it debuted in 2006, I believe. This year is the first time they have been available in 12oz bottles. And that’s a major improvement because you no longer have to share the bomber or consume the equivalent of nearly four standard drinks in one sitting. It also gets a cleaner label design and dumps the silly candy-cane font. The recipe also has changed over the years with this year’s not explicitly stated, but the Port Brewing website says it is brewed with Magnum and Centennial hops. Previous recipes had a different hop blend. Older recipes included brown sugar and Belgian candi sugar to boost ABV. I can’t confirm if that is still the case with this newest version. Crystal malt is now implied in the grain bill, but I’m not sure if that is a recent change or has always been the case. In addition, the Port Brewing website hasn’t been updated in at least a year since it still shows the old label and old ABV. Really, the whole website is outdated. The new can lineup is missing and an entire major brand, Nelson the Greeter, is nowhere to be found. So, that Magnum and Centennial hop addition could be obsolete for this year.

Pouring out the bottle, Santa’s Little Helper is clear sepia in color and generates enormous brown foam with a thick, chocolate mousse-like texture and reflective sheen. There’s gobs of foam stuck to the edges of the glass after each sip. Aesthetics-wise, this is perfect.

The aroma is not too intense at the beginning as the beer is protected by so much foam and volatiles are kept to a minimum. Allow the beer to warm up and the foam to settle down, and there’s dark chocolate fudge, tootsie roll, and grilled lemon from that acidic roast coffee character. It skews more savory than sweet.

Flavor-wise, SLH starts off with excellent coffee and dark chocolate flavors. Flourless chocolate cake, 60% cacao dark chocolate bar, and melting dark chocolate truffle come to mind. It’s like melted dark chocolate in a glass. The mouthfeel is the highpoint here – silky smooth with excellent balance. I would say that oats are added to get that softness, but I can’t confirm that since the recipe is a secret. Sugar doesn’t come to mind while drinking this but neither does bitterness. Each aspect is well-controlled allowing you to enjoy the dark chocolate dessert flavors. Sweetness I would say is a 2 out of 10 while bitterness is at a 6 out of 10. In the finish, there’s a touch of lingering bitterness that goes slightly acidic like a good mocha. There’s definitely a coffee-like acidity to the whole beer from the roasted barley and dark malts inclusion. Strong alcohol flavors are absent as this feels like 7% instead of the listed 10% ABV.

Another user-friendly aspect of this beer is that there is no yeast sediment at the bottom of the bottle. That sediment really did a number on my Expedition review where I screwed up royally. But here, all the guesswork is taken out. You can drain the whole bottle into the glass without issue. I like to say that Bell’s Expedition is the gold standard for imperial stout, but in this case, fresh Santa’s Little Helper I think is better than fresh or even year-old Expedition. It’s already a perfect beer right now with an unbeatable mouthfeel.

I drank this beer in my flannel pajamas by the fire and it was too perfect. It’s not too intense and has a lot of finesse given this style. Minimal sugar, just a touch of cocoa powder dustiness, and super-rich melted chocolate flavors combine for one classic imperial stout. Most importantly, Santa’s Little Helper is approachable by the casual beer drinker and not overpowering in any sense. I’d recommend this beer to everyone – not just those that already love imperial stouts.