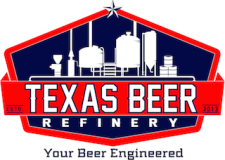 We’re a few weeks away from the 2014 Great American Beer Festival. We have contacted nearly every brewery that will attend to see what they will be sending to the festival, and we got a tremendous response. Today, we’d like to inform you of what Texas Beer Refinery will be pouring at the festival, as well as what they are entering in for judging. Stay tuned from now until early October as we unveil many many more lineups.

Texas Beer Refinery will be pouring the following beers at GABF 2014, as well as entering these beers into competition