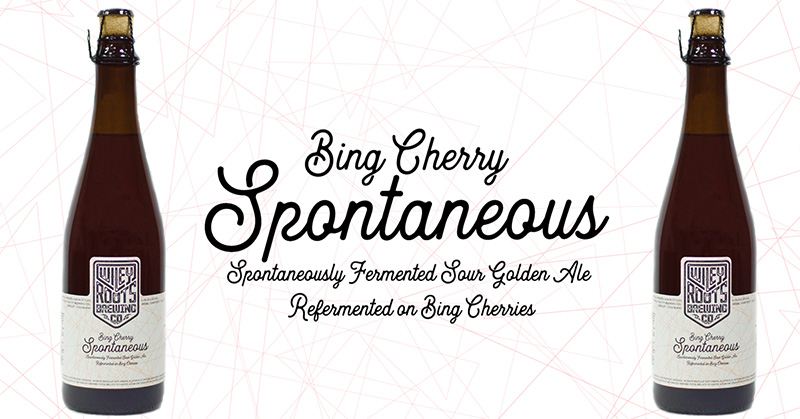 Wiley Roots’ mixed-culture program features beers fermented with traditional brewer’s yeast, wild yeast and bacteria, and spontaneously fermented beers that are all aged in various environments. The entire program includes over 160 oak barrels, eight stainless steel solera tanks, and two Italian foeders. Funk Yo Couch is the most popular beer in the brewery’s mixed-culture program and is released seasonally using rotating hop varieties. The base of the beer starts as a French saison that is inoculated with a blend of wild captured native yeast and bacteria from Greeley, Colorado. The beer is then fermented and aged in stainless steel. Funk Yo Couch is unique as one of the first Colorado produced mixed-culture beers packaged in cans.

Spontaneous fermentation is a key element of the brewery’s mixed-culture program. This process involves traditional Belgian sour beer production methods and techniques. These techniques include the use of a turbid mash schedule, a grist bill comprised of high protein malts and dextrins, the use of aged hops, and boiling for a minimum of four hours. Once the pre-fermented beer has undergone these steps, it is then transferred at near boiling temperatures to a holding vessel outside of the building and allowed to cool naturally overnight. This outdoor rest captures native yeast and bacteria that ferment the beer in neutral oak barrels, imparting a sense of time and place with local terroir.

After nearly two years in the making, the brewery is excited to release Bing Cherry Spontaneous to the public as the first beer in their spontaneously fermented series. Bing Cherry Spontaneous follows the “Méthode Traditionnelle” requirements (https://methodetraditionnelle.org/standards), with the exception that packaging yeast was used to ensure refermentation in the bottle, therefore the MT brand will not be used on the bottle. Wiley Roots believes that brewing beer in the Belgian tradition should also extend to pricing, so the brewery will keep their spontaneous program pricing in line with their other mixed-culture offerings.

Bing Cherry Spontaneous is a single barrel release and is the first spontaneously fermented beer released in Greeley, Colorado. Online reservations of Bing Cherry Spontaneous will be available through Brown Paper Tickets on October 1, 2018 at 10:00 AM MST. Reservations will cost $18 per 500mL bottle with a strict limit of one reservation per person with a total of 250 allocations available. No proxies will be allowed for this release, but reserved bottles can be picked up from the Wiley Roots taproom through October 28, 2018. Additional details for the release can be found at: wileyroots.com/bing-cherry-spontaneous.

About Wiley Roots Brewing Company
Wiley Roots Brewing Company believes beer should be unique, crafted from the highest quality ingredients, and brewed with a sense of responsibility to the craft and to the surrounding community. We believe that brewing craft beer is an art and that it should be grounded in the core values of honesty, integrity, hard work, and the belief in one’s ability to create and share. We are a small, independently owned brewery with a unique focus on mixed-culture, barrel aged, and spontaneous beers in downtown Greeley, Colorado. Our beers have been awarded medals at the Great American Beer Festival in 2018 (Silver), 2017 (Gold), 2015 (Gold), 2013 (Bronze), and 2017 (Silver) at the Mazer Cup International. Wiley Roots Brewing Company was founded by Kyle Carbaugh and Miranda Carbaugh and opened in the summer of 2013.