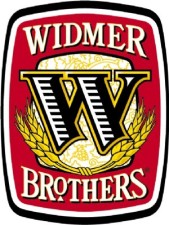 Krystal Pear is inspired by the Oregon bounty and the spirit of the Feast Portland event, and brewed with local pears from USA Pears. As a founding beer sponsor of the event, this is the second year that Widmer Brothers has brewed the event’s official beer at the brewery’s 10-barrel pilot brewery, located adjacent to the Moda Center at the Rose Quarter. This is the first year that the beer is available in bottles, a first for commercially-available beer brewed at the pilot brewery.

“This year’s release of Krystal Pear is really exciting for our entire team,” said Brewer Ben Dobler, who oversees brewing at the Rose Quarter brewery. “After the great response we received about Krystal Pear during Feast Portland last year, we wanted to share the beer with more people this year. Bottling small batch beer, which isn’t something we typically do, is a great way to get the beer to more people around town.”

Krystal Pear will be available only in the Portland market for a limited time, now through the end of Feast Portland, which runs from September 19 to September 22. The beer will be featured at several of the Feast Portland events, including the Widmer Brothers Sandwich Invitational on Thursday, September 19, the USA Pears Night Market on Friday, September 20, and the Oregon Bounty Grand Tasting events.

“Feast Portland is a celebration of Oregon’s amazing culinary culture and bounty, and Krystal Pear is a fitting addition to the festival,” said Mike Thelin, co-founder of Feast Portland. “The beer was brewed and bottled in small batches specifically for Feast and the Portland market, using pears from orchards in eastern Oregon. Plus Widmer Brothers is one of the original Portland craft breweries, and we are excited to have them back as a sponsor.”

Krystal Pear is an interpretation of the Krystal Weizen beer style brewed with Oregon pears as the official beer of Feast Portland. Krystal Weizen is an important style for Widmer Brothers Brewing, as it was the second beer style brewed by Kurt and Rob Widmer in 1985. Krystal Pear has a moderately fruity aroma, reminiscent of a cider with notes of pear. The delicate pear flavors and moderate body offer a crisp, semi-dry finish that has just enough sweetness to support the fruit character. The cider-like and vinous qualities of this beer allow it to be complex without being overpowering. Inspired by Oregon Bounty and Feast Portland, Krystal Pear is the perfect beer to pair with a wide variety of foods.

What started as a dream for two ordinary brothers who just loved beer has now become a reality for two ordinary brothers who still just love beer. Kurt and Rob Widmer helped lead the Pacific Northwest craft beer movement in 1984 when, in their 20s, they dreamed of brewing unique interpretations of traditional beer styles. In 1986, Widmer Brothers Brewing introduced the first American-style Hefeweizen; today, the unfiltered cloudy beer is the company’s signature brew and one of the best-selling wheat beers in the country. Based in Portland, Ore., the brewery currently brews a variety of beers including Alchemy Ale, the Rotator IPA series, Pitch Black IPA, Nelson Imperial IPA, a high-end Brothers’ Reserve Series and a full seasonal lineup. For more information about Widmer Brothers Brewing, visit www.widmerbrothers.com.

Bon Appétit presents Feast Portland: A Celebration of Oregon Bounty is the flagship food and drink festival in the Pacific Northwest, capturing the current energy and enthusiasm driving America’s food revolution. Founded in 2012 by Mike Thelin and Carrie Welch, Feast Portland showcases local culinary talent and Pacific Northwest ingredients alongside internationally recognized chefs, culinary professionals and industry leaders. Feast Portland is also a festival with a mission, donating its net proceeds towards ending childhood hunger in Oregon and around the country through Partners for a Hunger-Free Oregon and Share our Strength. For more information visit www.feastportland.com and follow the festival on Facebook and Twitter (@FeastPDX).